Exciting indie rockers “The Caught” have just released their debut album and it’s nothing short of a masterpiece. “In the Madness” is a six-track EP that takes us on a furious thrill-ride through the deepest depths of indie rock and beyond. With its thrashing guitars, hard-hitting rhythms and an overall raw, organic sound, here’s one record you don’t want to miss out on. Like much of their work, the songs on the release paint a gritty picture of life’s trials and tribulations, so intimately it feels like we’re right there with them. It’s all topped off with a healthy dose of mysticism, with Mel having studied eastern philosophy and infusing it’s esoteric ideas into the music. 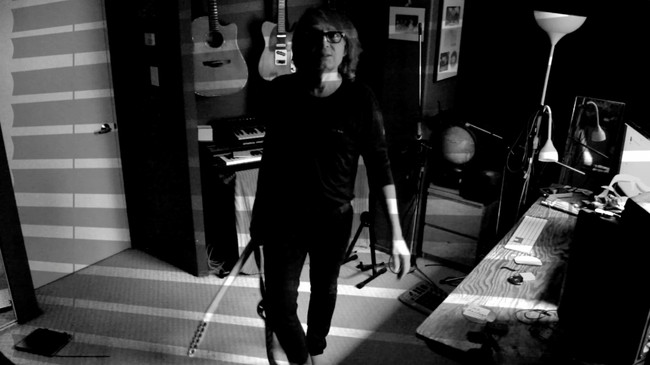 With the intoxicating and hypnotic guitar lines of the single, “I’m Caught”. To the punky, fast-paced verses of “You Don’t Know Me”, and then onto the atmospheric “Out of Here”, here’s one really diverse album that listeners of all musical persuasions will find something to relate to. Fans of the White Stripes, Radiohead, Nirvana, Rolling Stones, and the Electric Dylan will find themselves right at home in this slick selection of perfect tracks. The sound of the record is immediate and infectiously appealing with it’s catchy hooks and melodies.

The Caught makes us step back from the current climate of overproduced pop music, to something dynamically raw and very real. It’s a distinctly intimate ordeal touching on a range of relatable subjects from young rebellion to spiritual introspection.

The duo of Melvin Alan and Trev Fury are the core of the band and have been at it for some time. They met up with the Grammy-winning producer, Malcolm Burn (Iggy Pop, John Mellancamp) to produce the work.

The release is a group effort with Burn whose expertise, nurtured and inspired the flamboyant and unpretentious sound of the album. The whole release truly does embody the rugged energy of true rock and roll. No over processed effects. No dizzy arrangements. Just real people, rocking out to real music. The guys linked up with Burns in upper state New York, and locked themselves away in his studio to birth the magic that is, “In the Madness”.