Grammy® Nominated artist Eric Alexandrakis has announced the release of LOVE’S A BITCH, his new quirky Valentine’s Day release containing a mixture of new tracks, and love themed songs from his [recently unleashed] critically acclaimed double album TERRA [written and recorded around the world on a 16-track recorder]. 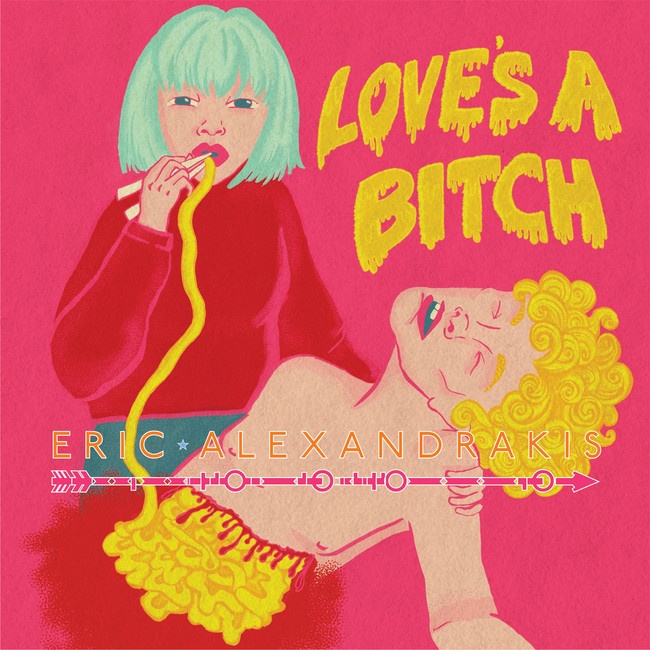 Coming on the heels of I.V. CATATONIA: 20 YEARS AS A TWO TIME CANCER SURVIVOR, which was nominated for BEST SPOKEN WORD ALBUM at the 2019 Grammy® Awards alongside fellow nominees Michelle Obama and The Beastie Boys, Alexandrakis continues his travel themed series of releases, this time with a touch of twisted humor.

Highly creative since childhood, Alexandrakis is a student of all artistic disciplines. Along with his album releases, he composes for commercials, television, film, and has even charted nationally with two original Christmas songs and productions for other artists. He is also involved in film production, and was fortunate to have a film he conceptualized and scored, short-list at Cannes Lions in 2017 [PSYCHOGENIC FUGUE starring John Malkovich and directed by Sandro]. Alexandrakis was the first person in the industry to produce a digitally watermarked CD, and he continues to find innovative ways to express himself through his songwriting, productions, and company Minoan Music.

LOVE’S A BITCH by Eric Alexandrakis is out now via all streaming platforms.