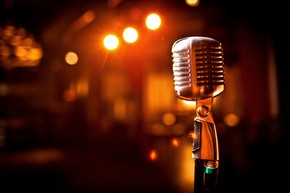 When you’re performing live, your sound quality is vital. While some people might think that just having a microphone is everything, an experienced performer should understand that not all microphones are the same. Some work well in various sound situations, while others are designed for specific purposes.

With technology that continues to evolve, many people have a preference for wireless microphones due to their flexibility.

Your sound quality from a mic has much to do with the amount of money you have to invest in it. Just choosing the cheapest one will have a negative effect on your vocal quality. At the same time, expensive ones don’t always deliver what they promise. Fortunately, there’s a middle ground where you can choose a quality microphone for a reasonable cost. To choose the right one, however, you need to know how different microphone types work. Finding a vocal mic involves getting to grips with technical jargon, along with the various personal factors. Here, we’ll try to help you in choosing the right mic for you.

Which is the Best Type of Microphone for Singing?

Choosing the most suitable microphone involves understanding the right type of mic that you need for your specific purposes There are different models of mics, with characteristics designed for personal needs. The best mics fall into one of two categories: condenser mics and dynamic mics. Let’s start there.

While a condenser mic is most often used in recording studios, many are also now being used for live performances. The mic features a very basic mechanical system with a stretched, thin conductive diaphragm that’s held close to a metal disk known as the back plate. An external power source provides this back plate with an electric charge. When the diaphragm is struck by sound, that sound vibrates in response to the waveform. This results in a variation of the output voltage, which is the mic’s signal output.

This is the more common type of mic used for live music performances. In most of these mics, a light, thin diaphragm responds to sound pressure. This movement causes a suspended voice coil to move, resulting in an electric current. Generally less costly than a condenser mic, a dynamic mic can cope with high Sound Pressure Levels (SPLs) and feature robust construction.

An omni mic can detect sound coming from any direction. These mics are more sensitive to background noise due to their more general pickup polar pattern. They can be effective, however, for recording an entire band performance that includes such instruments as drums, guitars, and piano.

While no sound is received from the sides, these microphones receive sound evenly from the back and the front. A bidirectional mic’s polar patterns are termed ‘figure eight.’

These mics are more versatile than the others on this list, as they’re able to change the direction multiple times. They’re often purchased by those who require a mic for multiple purposes. Some include a switch that allows you to choose from different polar patterns. Some USBs microphones now also include this functionality.

With technology that continues to evolve, many people have a preference for wireless microphones due to their flexibility. Other vocalists, however, remain hesitant, wondering whether their audio will be affected by this kind of mic. You can be sure of one thing, however, and that’s regardless of whether a microphone is wireless or wired, a high-quality performance won’t be affected. New wireless models even offer the highest sound quality, which makes it ideal for a professional setup.

If you’ve already spent time researching which microphone to buy, you will have come across the term ‘USB microphone.’ A USB mic is the latest development when it comes to sound technology. This kind of mic contains all the features that are included with a traditional mic, such as the capsule and diaphragm. A USB-powered mic affords you the convenience of a basic plug and play device. You can plug it into a computer and start recording your music with your favorite recording software. This mic is more popular among YouTubers and podcasters for speech, along with those singing or recording music at home.

Even low-quality mics aren’t necessarily cheap. So you’ll need to take care of your investment, whether it’s a basic product or a quality mic from the likes of Next-Pro. Regardless of the amount of time you’re spending on research, you should make sure you choose the right mic for your needs.