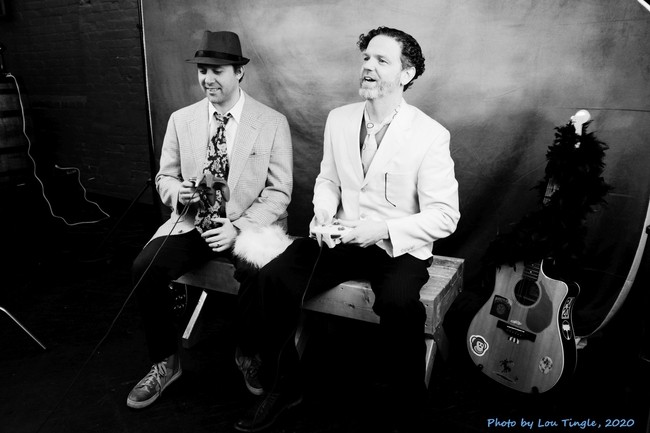 They call themselves the best bar band in Louisville, Kentucky, and they’ve got the goods to back up that claim. Everything about War Panties is designed for in-person delivery: the immediacy of the sound, the audaciousness of the soloing, the catchiness of the choruses, the propulsiveness of the funk grooves, the humor, the impudence, the irreverence, the sheer velocity of the ideas in the band’s songwriting. In the clip for “Creaky Crooked Woman,” their latest single from the album In the Year of Zuul MMXX, they’re not merely playing live – they’ve got stage effects going, including a light show that could legitimately be called psychedelic. For the last nine months, doing shows has been a vexed proposition for independent bands. Since War Panties know you can’t go out (for now), they’re bringing the excitement to you.

And excitement is their specialty. For the better part of a decade, Kentucky has been the main beneficiary of their formidable talents. Louisville is no ordinary town: it’s a relatively small city, but it punches well above its weight. Bardstown Road and Baxter Avenue in the Highlands neighborhood are two of America’s most undersung party streets and a genuine cultural ferment zone. It’s the freewheeling spirit of the Highlands that War Panties brings you on songs like “Creaky Crooked Woman” – Southern but not entirely, loose but never sloppy, welcoming, smart, expansive, a little freaky, a little frisky, entirely entertaining. To demonstrate the band’s remarkable flexibility (a must for any bar band in a place as creative as Louisville), we’re also including “Delaware Cornfields,” a clip for another song from In the Year of Zuul MMXX. “Creaky Crooked Woman” is decidedly urban, libidinous, and intense, redolent of dark bars and dancefloors; “Delaware Cornfields” is a pure pastoral country singalong, laid-back, sun-drenched, and delightful.

Angelo Jackson has matched both songs with videos that underscore their strengths. The “Creaky Crooked Woman” clip mainly captures the band in action, but there’s some suggestive footage of a girl up to no good, mixing up trouble in her kitchen, and luring the listener into a parallel dimension. The “Delaware Cornfields” video, an outdoor idyll, finds the members of War Panties on a country road, instruments in hand, singing to the sky. They’re completely natural in both settings: give these guys musical instruments and willing ears, and turn them loose, and they’ll always know what to do.