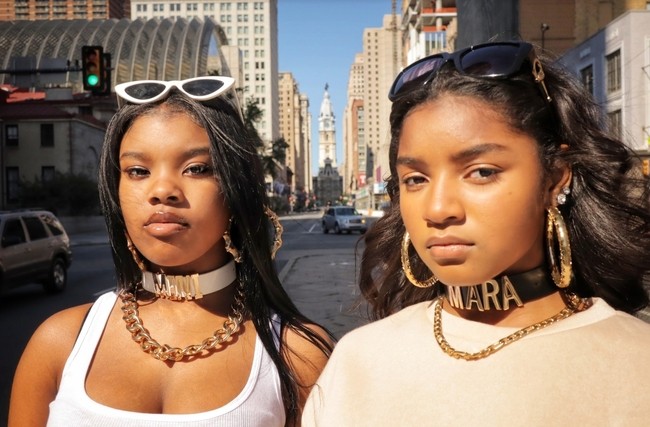 The voice of change doesn’t come from those already in charge; it comes from the next generation. It comes from youth who see the hostility and lawlessness and determine that it will not be the future they grow into. Mara and Mini are two high school teens who use their platform to question the norm and call for reform. These Philadelphia natives are natural entertainers who express their sentiment and activism through singing, rapping, and dancing. The girls began as independent artists who met in the studio to record the “We Matter” song and immediately connected.

Mara and Mini will release their first-ever single in honor of Dr. Martin Luther King Jr.’s. birthday on January 15th. “We Matter” sheds light on the embedded racism in society, the 13th amendment and black on black crime. The song highlights the action that needs to be taken to end injustice, law changes and inner-city crime. The events that led to the Black Lives Matter movement hit home with the girls. The connotation between police and black people, specifically black males, is unsettling when they think about what their brothers might face when they’re pulled over or confronted by them.

Unfortunately, Mini lost her father to a senseless act of violence in 2020. While she is open about her past, she wants to look forward to the future with positivity. Mara and Mini made this song for their dads, brothers, family, and community. With hopes that their message will be received: Never forget that your life matters.

Black youth living in the most powerful country in the world – that bases its core values on freedom, equality, and inclusion – shouldn’t have to make a song that has to remind America to value their lives. Yet here we are, after what seems to be one of the most polarizing years regarding race in America; Mara and Mini are no longer staying on the sidelines as the headlines continue to unfold. In their new music video “We Matter,” these young ladies’ lyrics speak loud and clear that exclusion and negativity needs to end. Your skin color should not determine your treatment in society; everyone is worthy of respect, security, and acceptance.

What they sing about is necessary and a relevant discussion of harsh topics that acknowledge the problems we’re facing today. A drone captures a human-made heart from above with Mara and Mini in the middle; the unified ending is a conversation starter and a prompt for change; the teens ignite the fire, and we need to keep it burning.