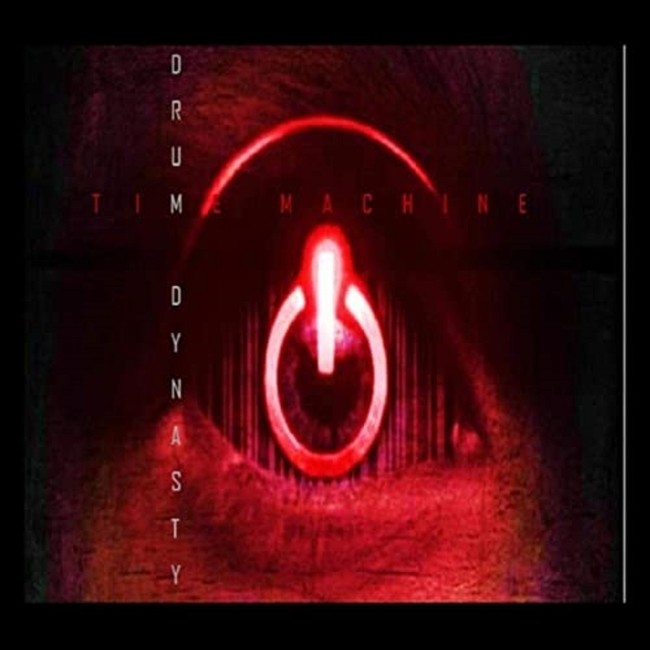 With the world in the grip of an unseen menace which prevents large gatherings of people (impacting live events) is it any wonder that the music-loving world turns inward to recorded sound…where, guess what? …we suddenly realise that most of our genres are stagnant. There has been little in the way of innovation over recent decades. Maybe some would disagree – but if there is anything new out there, it is certainly heard to find.

Then, Drum Dynasty’s “Time Machine” finds its way into my amplifier and out of my speakers! With over an hour of ambient instrumental material to listen to, I wasn’t sure if this would end up being a horrible flashback to that time I was stuck in an elevator! But this is different…. very different. The opening track “Countdown” sets the scene for a remarkable journey through a very lyrical and colourful textured landscape. There is an intriguing mixture of sounds – some recognisable and others, so otherworldly that it is hard to imagine how they were conceived.

The track has three sections where drums use repeating patterns to create tension and drama, and as the opener moves to its conclusion a very subtle and delicate piano leads the track out and onto the second track “Asteroid field”. This is aptly named as there is a sense of desolation and emptiness conveyed here. Drum sounds are morphed and blended, they move into deep space, disappear and then return dragging more alien waveforms back from the brink.

With track titles like “Supernova” and “Aurora Borealis” it is inevitable that interpretations are steered towards astronomy and the universe, but these themes also connect with ideas about the microcosm and macrocosm. The ethereal echoes and reverberations used provide a sense of vast space, as if the listener is staring up at sky devoid of light pollution – to witness the cosmos revealing itself in all its majesty. And for me, I had this yearning to see the night sky and allow this music to run as the perfect soundtrack for star-gazing and contemplation.

Unsurprisingly, all of these compositions are built around rhythmic patterns, expertly constructed and performed by Bruce Burgess. His interest in world music and especially percussion from different cultures, stems back years and this influence is amply demonstrated throughout this album. Layered across the rhythms are musical textures and instrumentation provided by Burgess’ songwriting partner Michael Carroll – a veteran of the ambient genre, having produced many pieces for commercial samples.

A stand out track for me, “Dark Matter” demonstrates this collaboration beautifully, as it spends several minutes brooding in ethereal guitar and synth melodrama with drums masterfully pulsing in the background. Midway through, Burgess launches into a trippy rhythm to step it up a gear and gradually work towards bringing about its dark conclusions.

In terms of its production and execution, this album is virtually flawless. Producer, Cyrus Rhodes (who is also known for his guitar work in Seattle Progressive Rock Band, ‘Seven Against Thebes’) has ensured that these arrangements are perfectly crafted and presented to maximise their emotional impact on the listener.

The last time I reviewed a Drum Dynasty release was 2009, so I was already aware of the substance and calibre with which this outfit has become synonymous with. Again I am left quite breathless at the scope and majesty of what’s on offer here. What seems to have changed since the “Mystic Sunrise/Dark Continent“ CDs seems to be the thematic approach. ‘Time Machine’ employs a coherent narrative (albeit instrumentally) which is hinted at through the track titles – as these conjure up science fiction iconography. The titles are important, as they serve to strengthen the album and connect the music together so that the listener can enjoy a sense of progression through the story told. An exceptionally brilliant collection of music which the rest of the world would do well to take note of.