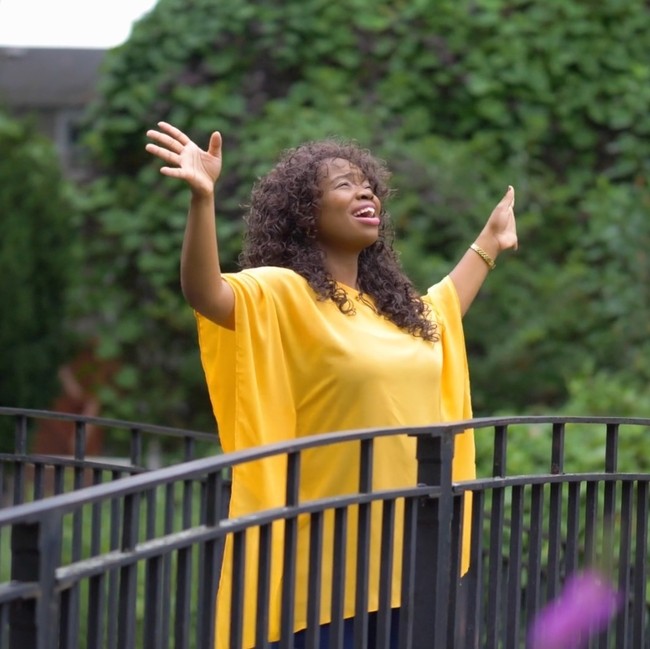 If music is weaved into every aspect of your life from childhood to adulthood, you’re bound to pick it up full-time eventually. Terri Bannister grew up in a musical household in the Caribbean. During her missionary trips, music unified the group despite language barriers, leading her to realize how transcending music can be. She has led a kids’ choir and worked with other musicians until she decided to release her own music. The now Long Island-based singer has always used her faith-based music to bridge the disconnect among people. Her first album, “God of Love,” took her all over the world to places like South and Central America, Canada, Israel, and the Caribbean for a special concert series. Bannister’s song “You Love Me” was featured in the European docu-series Hidden Treasure, which reached out to women stuck in the cycle of prostitution.

She has been a member of several choirs, including the Brooklyn Tabernacle Choir and the Youth Chorale and participated in the McDonald Gospel Fest at Madison Square Garden with her school’s award-winning gospel choir. She wrote a Christmas play Coming Home, which enjoyed five years of successful performances. Bannister is reaching new heights with the power of God on her side; now it’s time to give him praise in her new music video “Little is Much.”

Before you answer Terri Bannister’s questions, “What are you asking for? What are you praying for?” look at what you already have around you. Often, we get caught up with materialistic desires, and don’t realize that what we have already can bring enough fulfillment. The “Little is Much” music video encompasses an essential concept in just three and a half minutes: remain faithful and good things will come. As the gospel artist beams in her scenery, short scenes that endure hardships are overcome by staying true to beliefs. Whether it be a girl’s college acceptance letter or good news from the doctor, keeping God in mind will bear blessings. The scenes are based on real experiences, and as a faith-based artist, she is constantly looking at ways to connect with others and encourage them through her music. The song was written a few years ago but is extremely applicable to this year’s current state. After expanding her family in early 2020, the pandemic tore the world asunder. She was saddened over the state of the world her baby was entering, but soon realized that all she needed was already right in her arms.