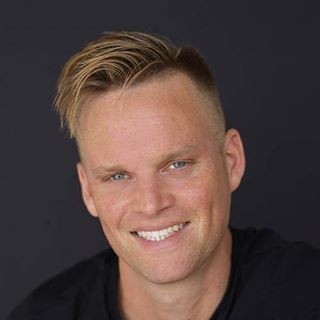 In his new single “Streets,” up and coming pop singer/songwriter Blake Langdale makes a point of setting the pace for himself early on in the track almost as a means of demonstrating his efficiency through execution, and what follows is nothing short of spectacular. While not quite as reliant on the hook here as some of his peers might have been, Langdale pays homage to classic pop elements while steering clear of predictable metaphors in his poetry, inevitably yielding something that I would deem alternative music at its most gentle and accessible to the masses.

The lyrical delivery my man has here is so fluid that it’s clear from the moment he starts to sing that hesitation is not something he struggled with in the recording studio. The music video is similarly seamless, with the greatest of its moments coming from Langdale’s physical expressiveness beside the music he’s composed. There’s a real passion in his heart that isn’t getting lost in the intricacies of his own songwriting, which is often a bit of a challenge for artists trying to accomplish the same goals he is with the release of “Streets.” He’s not sweating the small stuff – truthfully, he’s a picture of appropriate swagger and self-confidence.

I love the cohesiveness of the instrumentation in this single, and although there are equal parts hard and soft melodic thrusting coming from seemingly every direction in the mix, “Streets” was produced with the sort of steady hand that doesn’t let the music ever sound scattered or jarring. There’s an avant-garde sensibility to the way this arrangement has been hammered out, but it’s not as simple as pointing out the surreal element in the lyrics or their relationship with the visuals in the video. Langdale is still ‘becoming,’ but rather than this sounding amateurish, his early work is very focused and deliberate in style.

The music video for “Streets” is provocative in more ways than one, and I think it feels multi-interpretive because of the rather barebones way in which it was shot. There’s nothing overarching about the shots implying a purely indie production value, yet the cosmetics are as far away from mundane commerciality as you can get without falling off an alternative pop/rock cliff. It’s a delicate equilibrium, but nonetheless something that has made me feel all the more connected to the artistry Langdale is exhibiting for us in this song.

I hadn’t heard of Blake Langdale before getting turned on to “Streets” through a colleague in the industry, but if this is a good encapsulation of what his sound is going to consist of from here on out, he’s going to be staying on my radar for sure. “Streets” leaves me with a lot of questions about what he can do with the depth of his songwriting talents in this present stage of his career, and with any luck he won’t wait too long before getting back into the studio and the grind of professional composing. This is a good start, and I’m glad it landed on my desk this autumn.