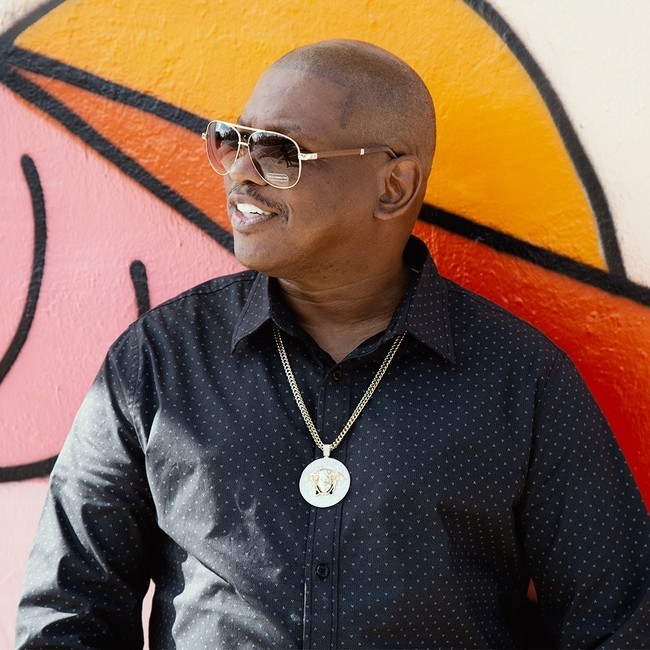 Musician Aims to Inspire Unity Through Harmony and Empathy

Darrell Kelley grew up surrounded by music. The sounds, harmonies, riffs, jams, and love that music delivers. Darrell’s uncle, William Baskin, a performer, choreographer, and manager to other artists’ careers, provided an adolescent Darrell with support and encouragement to develop his musical passion. Darrell continued his musical appreciation by listening to Motown legends and soul music but says gospel music was in his blood.

Darrell seemed destined for a life and career in music. Growing up in Boston, he showcased his talents on stage during competition shows and crossed paths with up-and-coming artists and bands in their early days, such as New Kids on the Block and Maurice Starr of New Edition.

But as Darrell grew through his teens and reached adulthood, his path took a slight detour. His love of music took a back seat to the responsibilities of life and Darrell started working multiple jobs to support his family, while earning his high school diploma through an after-school project. Knowing there wasn’t much of a future with just a high school degree, Darrell attended a trade school to learn a few marketable skills. Darrell’s charismatic charm and positive attitude led him into a successful sales and entrepreneurial career. After hard work and dedication, Darrell found success in real estate ventures and opened a soul food restaurant in Morrow, GA, called Soul Delicious Grill and Buffet.

Darrell kept music as a hobby/side-interest and even hired musicians and bands to perform at his restaurant. A lover of music, Darrell always enjoyed having musicians around, and he would often joke with them about getting back into the business. Darrell’s joking around turned into a serious statement. He launched his own label, Entertainment Plus, LLC, with dreams of signing new artists and helping them navigate the often-difficult waters of the music business. At about the same time Darrell was launching his label, he started working on demos with Rodney Edge of Edge Music, who has toured with Anita Baker and worked with After 7 and Kelly Price.

It was 2014 when Darrell took the next step and started writing his own songs and recording them. What inspired him was his annual employee appreciation dinner he held at his restaurant during the holiday season. He would write and perform a song as part of the annual dinner celebration. This led him to write and record music sporadically, but still considered it a hobby. By 2018, Darrell realized he had built a catalog of soulful expressions. The catalog equaled three albums and four singles. This was a turning point for Darrell, and he opened his heart and life to re-connect with a dream he had placed aside for more than twenty years.

Writing about his experience for Music Connection magazine, Darrell shared the following about re-discovering dreams, taking chances, and being your best self:

“If you believe in yourself and what you want to accomplish, you will invest in yourself. You may have to go broke and borrow money to make things happen, but it’s worth it––as long as you pay back what you borrow when you start making money. If you’re discouraged along the way, don’t give up. Weigh your thoughts about abandoning your dream against how much you have done and invested so far. Because you don’t want everything you’ve done to be for nothing when you have so much on the line. Also, look around for better people to work with, people who can help you and who believe in you even when you’re having a crisis in confidence.“

Today, Darrell’s musical gift is being used to advocate against injustice in America with hopes of uniting people toward love and respect for each other no matter the color of their skin or from where they were born.

“There are a lot of people in America that truly love each other, but when we are divided by race and hate, we can’t move forward,“ said Darrell. “Hate hangs in the air throughout the streets of America, and if we don’t address it together, it will always be there.“

Darrell was deeply affected by the tragic deaths of George Floyd, Ahmaud Arbery, and Rashard Brooks (just to name a few). As a musician, Darrell turned to his craft and platform to help raise the awareness of incidences of police brutality and racial injustice. This journey led Darrell to write and release his latest album, “The Audacity.“

All of the songs on The Audacity were written to honor the victims and their families and to spread a message of unity through the power of musical storytelling. Darrell told Bleu Magazine that he hopes the album will inspire people to hit the polls. “It’s very, very, very important to go out and cast your vote. I don’t care who you vote for. When you go ahead, and you cast that vote, you have to cast that vote to mean something,“ he explained. “You have to go vote because it’s your right. It’s your duty. It’s your power to change what’s happening in our democracy.“

Another of Darrell’s goals with his music is to create a vessel of connectively to humanity and inspire constructive conversations about what is taking place in America’s streets.

“I want to put a stop to all the negativity and have the people of this nation join in the positive connections we all share. We are all human beings, and that is where we need to step up and out of today’s racially charged climate moving forward.“

Darrell says the future of social justice in America is at a very critical and pivotal point that will take people from all sides, all races, all backgrounds, and all viewpoints to truly set ourselves down the right path and direction. Social and racial injustice in America cannot be taught or changed by one group. Black Lives Matter is the foundation, but as we unite together, an evolution toward “Black Lives Matter and Our Lives Matter Too“ will go a long way in uniting people of all races, which is needed to truly change the narrative and related actions and thought patterns in this country, adds Darrell.

“There are many people of all races in this country that truly love, respect, and honor one another,“ said Darrell. “If we continue to separate ourselves by race and hate, then we will remain divided, and the vicious circle continues.