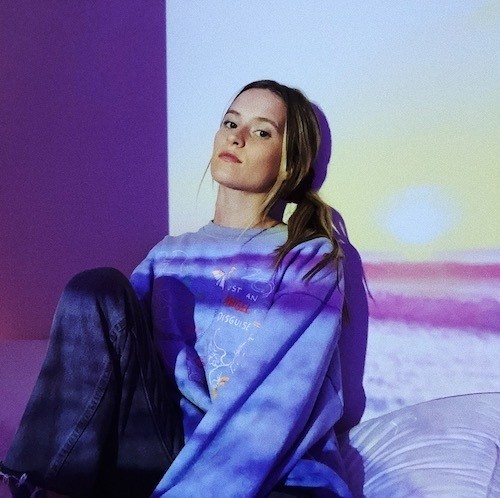 “I heard ‘Coping’ and I just about fell over. We sent the offer within one day, if not hours. It was just one of those moments where you hear a song and understand immediately who the fully realized artist is,” says Tom Gates, SVP A&R + Strategy at Nettwerk Records.

Intense emotional growth is often the best fuel for a musician’s creative fire, and Rosie has certainly turned pain into beauty on her debut single “Coping.” Like many artists, Rosie grew up in a creative and bustling household. Around the age of twelve, her dad taught her a few chords on the guitar, and those lessons, coupled with the rise of mega singer-songwriters like Taylor Swift, propelled Rosie into her own storytelling. At fourteen, she got into the studio and found that the recording process came naturally to her. In her words, the studio is her safe place. After casually writing and performing throughout the rest of high school and college, Rosie decided to pursue music more seriously, toplining on some tracks and connecting with producers. In 2017, Rosie and producer OKO released “L.A.,” and at about three million streams on Spotify, the track has done well considering the pair released it entirely on their own. Later in 2019, Rosie wrote “Never Be The Same” for EDM duo Tritonal, and the track hit number one on SiriusXM’s BPM radio. After moving to Los Angeles from the East Coast, Rosie took on the daunting task of networking in a city that is notoriously spread out and filled to the brim with other artists on the rise. After only two years in LA, Rosie has built a strong network of producers and songwriters, crediting her success to her focus and determination, along with a bit of risk-taking. But fully pursuing a passion can come with a price, and Rosie has poured all the loss and love of the past couple of years into a forthcoming debut EP (details TBA).