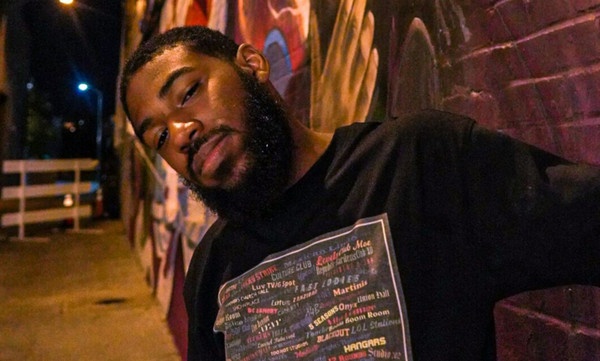 Nia Rose – AL3KAT’s first single to be released from his upcoming EP entitled MNDTRPZ (dropping October 25, 2020). AL3KAT is a new Hip Hop/Rap Artist bring his own fresh sound to the DMV. Nia Rose is a provocative jam about his relationship(s) with women, that according to AL3KAT “rose” out of a recording session with his friend and engineer, Antonio Wayside.

Jahrod Raquwon Lincoln Known professionally as AL3KAT is an American rapper, singer, & writer. Born on January 9, 1996, in Clinton, Maryland. AL3KAT began writing poetry when he was 16, and then began rapping by age 19, in Temple Hills, MD as Jah’ Bless collaborating with his friends on projects such as “The Parlay” which had his close friends Sant and Snoop on a solid number of tracks.

In December of 2018 AL3KAT released “The Vibe” with Alden Wright (Twinkle Music) and Ki Essence (Good Time Charlie and Experience Unlimited) and later on in the summer 2019 dropped his project “Vibes to Pass The Time” which included two other Maryland artists Akeem Mimiko (Issa Gang) and Aliah Monae (Crystal Skate).

In 2020 AL3KAT recorded his first EP entitled MND TRPZ, with Nia Rose as his debut single with a music video filmed in Washington, DC.