Montreal pianist, harpist, and singer Gaia Guarda is set to release her first album Anatomy of Fear on November 6th, 2020. Joined by drummer Rocky Gray(ex-Evanescence) and her Uriel bandmates Jessica Ricard on cello and violinist Ariane Paquette on violin, this work of neoclassical dark wave is an entrancing and auspicious debut. 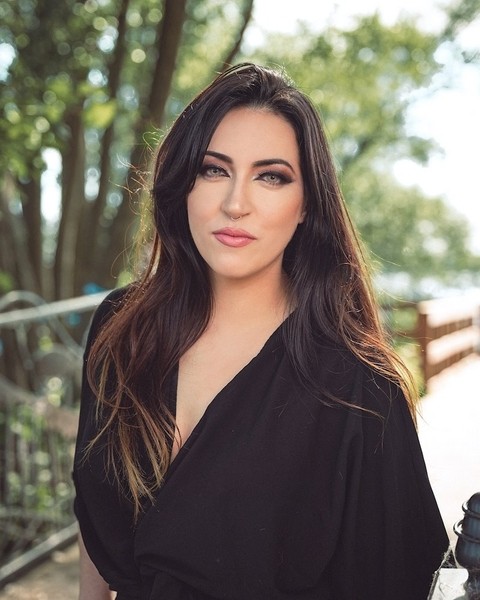 Guarda, a classically-trained musician, said of the album, ” I’ve been playing in metal bands for the last nine years and I decided to go outside that genre with my solo project. I’m influenced by a lot of classical music and electronic music, so that’s the main influence in my music. I learned how to play the harp by myself and decided to add it on this album; some songs were composed while I was learning to play it.”

Recorded at Studio PM and Monolithic Productions, Anatomy of Fearcame to fruition following a successful Indiegogo crowdfunding campaign. Fellow harpist Lindsay Schoolcraft(ex-Cradle of Filth) collaborated with Guarda on the song “I Didn’t Break,” a special bonus perk that was sent out to supporters.

And soon,Anatomy of Fear will be making its singular mark on the neoclassical/trip hop scene.