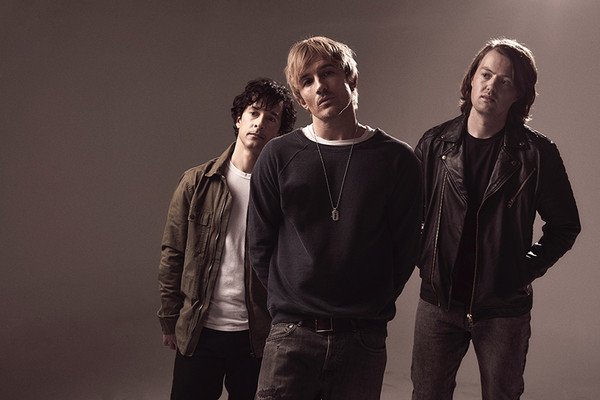 LA-based indie rock trio Blame Baby are on the eve of releasing their debut EP Honest Answers to Your Most Private Questions and are sharing their new single, “Inside Out,” to celebrate. Over the course of the last year, the band, consisting of singer/guitarist Jesse Johnson, bassist Omar D Brancato and drummer Matt Tucci, have been putting out a steady stream of singles reflecting the exhilarating highs and frustrating lows of relationships. They’ve perfected punk-inflected power pop, angst-ridden indie gems and shoe-gazing whimsical confections—and are now ready to simply tear it up with their fourth single, “Inside Out.” The band have never sounded so stripped down and raw which suits the new song’s half wistful, half regretful “lost the girl” vignette perfectly. Johnson’s wordplay is at its sharpest and the 2:41 song wastes no time hitting your emotional gut with a poignant, swift kick.

“Inside Out” as well as the additional tracks on the EP, were produced by Frederick Thaae (Kate Nash, Saint Motel, The Glorious Sons). Honest Answers to Your Most Private Questions will be released digitally October 30.

Says Johnson: “’Inside Out’ is about the one that got away. Or rather, the one you let get away to sow your wild oats. Running into her at a bar years later makes you question if you made the right decision, while the butterflies in your stomach remind you that that kind of love still exists. It’s a song about hope tangled up in regret.”