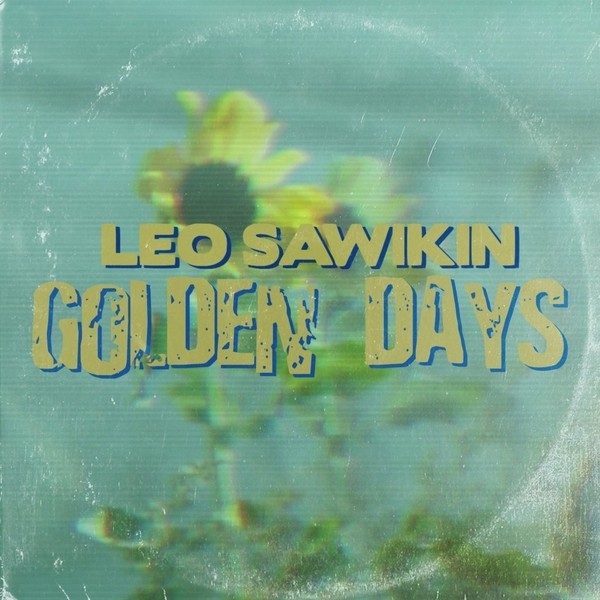 It doesn’t take much to get a hold of the melody and the vice grip Leo Sawikin has on the listener in his debut solo song, “Golden Days”. Sawikin, who also sings in the alternative rock band, The Chordaes (out of NYC), doesn’t hold back his emotions or true thoughts in the wistful hit. Composed prior to the pandemic, this searching and longing for the way things used to be is a meaningful tune to mark the era. “Golden Days” feels as though it could be dropped from the sky next week or next year and still have the same meaning.

Sawikin can write a great song. Not a good song, a great song. The lyrics don’t require a code breaker to interpret. It’s the genre of song that could find its way to the masses – because it’s so completely relatable. Who hasn’t been sitting at a coffee shop, staring at the window and wishing for things the way they used to be? Maybe you had a boyfriend or girlfriend and the spark went dim. This song fuses itself into that dim light and expresses itself in that way. Sawikin draws from the pain in his voice, the sorrow of the piano keys domino just the same.

His voice cracks at the right moments. He goes to a far off place in his mind and in his vocal range that feels like his little secret. He’s built some castle walls, and like most people, he’s probably even put a moat around those stone walls. He’s really professing the pain, the hurt. One day they’re here then they’ve gone away, gone away, gone away, Sawikin bleeds. His voice is strong, very deep, with just a hint of growl at its source. He’s not one to just belt out and hold a note for hours, but the guy can really sing. His voice is very charismatic and more importantly, he’s really singing. He’s not hiding behind auto tune. I found this incredibly refreshing.

Sawikin connects with the listener on many levels. “Golden Days” is a great song for a rainy day, but also a great song to experience if you’re looking to wind down. It has this incredible balance, an emotional ‘pause’ button. It’s not that you hold your breath listening to the song, it’s that the carousel of memories in your mind get to flip through one after another. Sawikin has changed, he’s going through a purging of sorts. His words validate his heart, his feelings. I found myself flipping through the memories like a photo book, trying hard to put together a puzzle in mind of what I could have done, or if I’ve lived the life I’ve wanted to. It’s a deep song and it takes the listener to a depth they may not want to dive into, or aren’t ready to explore. I think it’s worth the emotional trip. Next to journaling, this might be one of the most revealing songs in a very long time that I’ve had the pleasure of listening to.