Captain Mike is Mike Goldberg, and he goes under the name of Captain Mike &The Totems. The act’s single is titled “Far to Go,” and the video for it finds Mike dressed as a cowboy. In fact, the video even sports a storyline. It begins with Western-looking writing that says: “Bounty hunters, “Woodrow Dibbs and Dark Pony track a reckless renegade.” The music underpinning this video ‘wanted poster’ features whistling, much like the variety heard during spaghetti western movie soundtracks. This man in the wanted poster sure looks to be Donald Trump. So, the listener/viewer knows right away that the act’s music is focused squarely on Trump, who is characterized as being an outlaw. 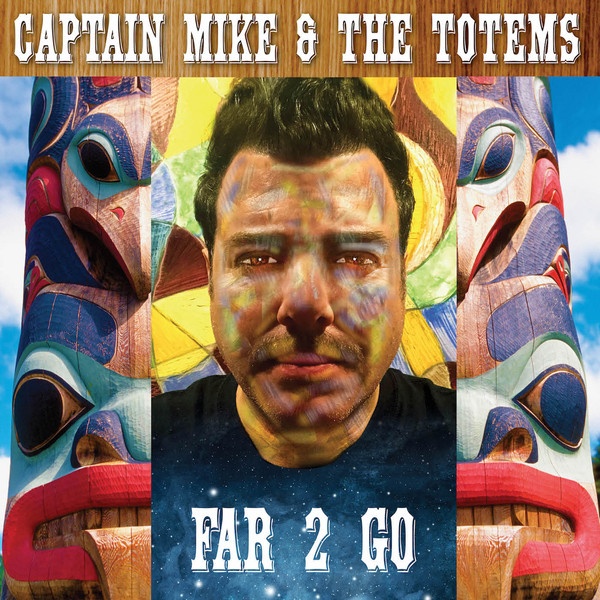 It begins with hopeful words about how we’ll see a brighter day than this. This is likely commentary on the four years of the Trump administration. It’s sung simply over an acoustic guitar rhythm. The story’s two heroes are armed with guitars, though, and not guns as they set out on a bounty hunt. Visually, the video switches from scenes of cowboys and cattle grazing, to clips of fire with a travelogue that takes them to Minneapolis in 2020. (Goldberg is, by the way, from Minnesota). Soon, scenes of black lives matter protests can be viewed.

It’s not long, though, before Trump can be seen holding up a Bible. The words ‘Sinister Villain,’ are followed by a scene of Trump and the First Lady appearing at The White House. The connection is implied that there is a link between the Trump presidency and the death of George Floyd in Minnesota. Captain Mike doesn’t exactly make it clear as to why the president is to blame for this death, though; maybe the songwriter already assumes listeners are pre-convinced that Trump is a racist. And because Trump is a racist, he’s inspiring cops to go out and kill innocent black men. That may be true, but Goldberg doesn’t include nearly enough detailed evidence to draw such a conclusion.

Next, the words, “He leaves destruction in his wake,” follow scenes of a building burning during a riot. It’s interesting that local officials are rarely blamed for inciting this violence or failing to stop it. Trump is president, so because he’s in charge, he’s to blame. There were, after all, similar violent protests in Ferguson, Missouri while Barack Obama was president, but he was never blamed for any of it. At the very least, this blame seems a little bit selective.

Next, an electric guitar solo is played. Interspersed along the way, are visuals of a clock face with its hands spinning fast. Goldberg is also singing how this has been way too far to go. These last four years are characterized as an extremely long journey. The video concludes with a train, while the words “climb on” are sung. This, we’re led to believe, is the train that takes us away from the dark Trump era. Trump is also shown visually behind the bars of a jail

It’s understandable Goldberg feels the way he does. He’s not alone. However, just saying the president is bad, without backing these accusations up with evidence, does not make a good case against him. If you already believe Donald Trump is an outlaw president, you’ll likely dig this song. However, if you side with Trump, or are even on the fence about him, this is not the song that will change your mind.