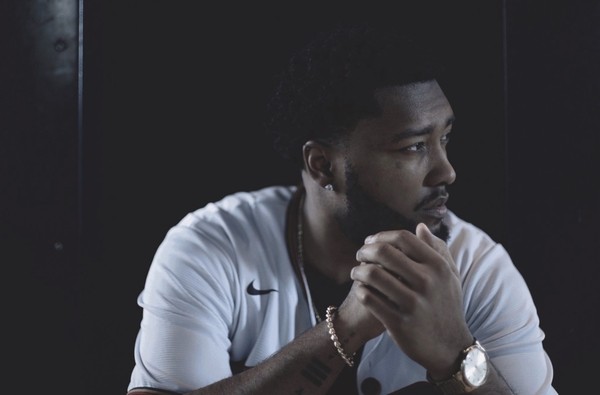 The never-ending tumultuous state of the world is hard to wrap our heads around; every day is overcrowded with uneasy headlines and another breaking news story. The emotional labor required to keep up with it all takes a lot from our mental strength. When we’re surrounded by negativity, what do we turn to for optimism? Dom Rivers is all too familiar with this pattern and wholeheartedly turns to art to restore his buoyancy. Rivers has submerged his entire life in the arts – sonically, visually, and professionally. He began the entertainment company Gnarly Odds in 2016, which runs an in-house production company, record label, and clothing brand. Their vision is clear: “The American entertainment company pushes creativity & drive to young creatives & millennials by striving to set the tone and have a positive impact while doing so.”

As the CEO and founder, he’s hoping to expand his reach amongst his community and within himself. Rivers strives to become one of the upcoming top tier acts and a household name within the music industry as an hip hop artist and record producer. The entrepreneur’s synthesis combines lucid innovations drenched with panoramic perspectives and immense passion; leaving Dom Rivers to nurture his rapidly expanding ecosystem.

There are a lot of ways to showcase heartbreak – amid the chaos, the most immense emotion to arise is loneliness. Rivers takes a different route in his new music video “Playing Both Sides” ft. Demon Marcus with a dynamic yet melancholy beat. An anonymous girl smashes a vase of flowers, and glass flies through the air like sparkling, dangerous raindrops. The red rose that was once supported by white flowers now remains abandoned and unaccounted for amongst busy streets and bustling highways. It wilts more with every new scene and loses its vibrancy without its initial brace in the vase.

Suddenly, the video rewinds, and we’re back to square one with an unbroken vase and unharmed flowers. Instead, this time, the girl decides to take the red rose with her, symbolizing the perspective of her playing both sides – literally. The choice one person makes wholly affects a relationship’s outcome, like the common dilemma: should you keep trying or leave. Whether you take the rose or not, either path you go down will offer a completely different result, one that cannot be reversed.