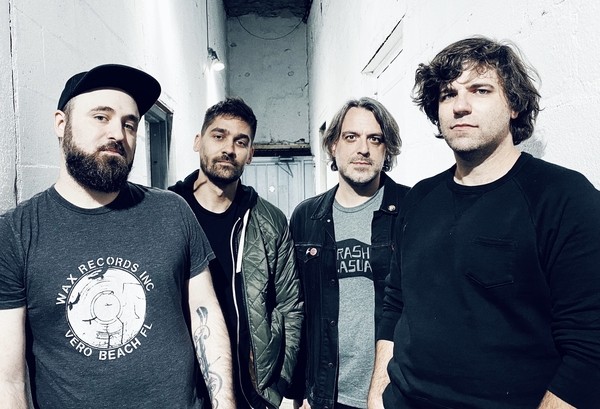 This one will make you pine for the days when a couple of guitars and more than a couple pedals were just the things to conquer college radio. Ultra Major’s “Disaster” is a few friends, a few chords, and one earworm late ’90s-style hit. This isn’t the gimmicky rock star stuff; it’s one of the straight-up, fuzzed-out rockers you led your mixtapes off with, and still listen to on the regular. “We wrote a lot of jams. We ordered a lot of take-out. We scrapped a lot of jams. We ate all the take out.” So says singer Ty Jontz, who, along with guitarist Nicholas Tardif, drummer Eric Michael Pearson and bassist AJ Tobey debuted Disaster on Jersey indie Mint 400. It’s full of tracks that would definitely get drunk and stagger out of the bar with the Pixies, Failure, and fellow Brooklynites Longwave. After, of course, tossing their buyback chip to whoever the hell’s even left in there.

“Disaster” is kinda brilliant in its simplicity. There’s not a bell or a whistle within earshot. Ultra Major makes their M.O. pretty clear here. Plug in, write a ripper, play it 500 times, and hope it makes it out of the practice space. The two Fenders lope, soar, and kick out just enough atmospherics to be able to slot right in with that laid-back growler of a bass line. Jontz channels Knapsack’s Blair Shehan just enough so that you’re not even gonna notice until you’ve already listened to “Disaster” 12 times in a row. It’s got the kind of hooks that just happen, as much of a pleasant little surprise to the band as they are to the crowd. You can call this song a disaster, you can sing “Disaster / what I’m after,” but this jam is whatever the opposite of a disaster is. Except bands like this don’t write songs about things like that.

Pearson directed and produced the video, which feels like we’re catching the band mid-set after just the right number of beers. They perform against an infinite blackness, lit by a handful of stage lights that may be moving, or it may just be us. Meanwhile, a pair of sketchy types lurk and jitter, one in a skeleton t-shirt and in need of a comb, the other burning white candles in her open palm. No one to worry about, but no one to pull over and pick up in the tour van either, as good an idea as that might seem at 2 am. Don’t look for a narrative; don’t read into it. This is all about the song.