From coast to coast, and across the ocean, soul singer Tracy Layne has pursued music just as much as music pursued her. This time, she’s taking on Nashville as a solo artist.

“Music has followed me through all the stages of my life.” 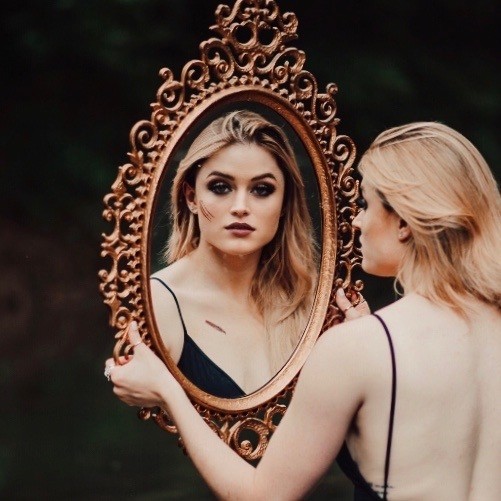 Layne moved to Nashville last year, and instantly began working on her solo debut EP. She puts a modern twist on a dark, folk vibe with her latest single Smoke & Mirrors. The soulful tune reflects on a past relationship that left her “paralyzed.” Once she had the lyrics and the concept down, she reached out to her musician brother to help create something truly unique. She’s coined the sound “moon-eyed soul.”

“The happy fantasy I always wanted felt like it was right in front of me – only just out of reach. When the ugly reality kicked in, I was left with anger and confusion – hence Smoke & Mirrors.”

Layne’s upcoming EP, Smoke & Mirrors, touches on the five stages of grief (denial, anger, bargaining, depression, and acceptance). The title track represents the second stage: anger. “It paints a picture of the instability I felt during my long term relationship with an alcoholic.”

She hopes for this single and EP to connect with her audience in a relatable way, and that the sound peaks their curiosity to hear more. “Each song on this record has a unique feel – so there’s something for everyone. Smoke & Mirrors has a dissonant, angsty vibe that I hope draws in listeners.”

Layne didn’t stop there once the song was recorded and ready to be released. She brought the lyrics to life in a music video, with husband and wife duo CreateWell LLC.

The video takes place in a dilapidated and smoky house, representing the internal confusion in Layne’s mind. She finds herself searching the mirror and the house for answers, and reflecting on the burns and scars inflicted on her.