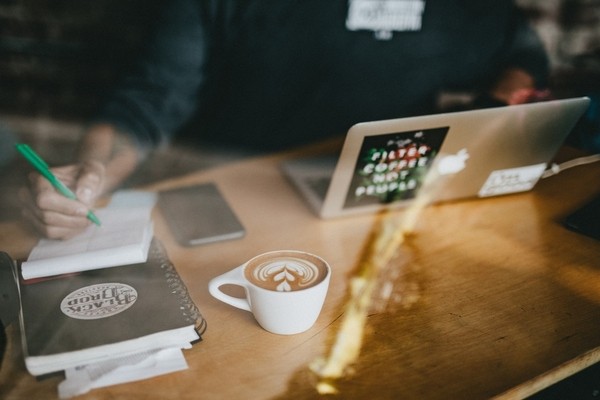 We would all like to be a bit more productive sometimes.

At other times, we seem to sail through an incredibly productive week seemingly unscathed, with less effort than usual, and manage to get everything done without once feeling overwhelmed or anxious about the length of our to-do list.

To turn productive days and weeks into a norm rather than an occasional fortuitous alignment of the heavens, here are seven tips, tricks, and skills you can choose to adopt to make yourself that bit more productive.

Start with the largest frog

If you choose to start your day with the most difficult and largest task on that day’s list, you will both be getting that out of the way and be able to focus on all the other stuff, and you will feel more productive, having accomplished something major right off the bat.

When your to-do list is full of large tasks, some of which you may not even be able to finish within a day, you can quickly start to feel less motivated and quite overwhelmed.

To combat this feeling, always keep two lists: one for end goals and one for the smaller tasks you need to do to get there. Create manageable-sized daily tasks that will get you closer to each of your end goals, and tackle them instead of looking at the big picture at all times.

If you have a whole lot of similar tasks to get through, try batching them into one big chunk, rather than going back and forth between them and other tasks. This will speed you up significantly, and you will get more done without feeling it.

Tasks that can be grouped together well include email and other correspondence, finances, calls, meetings, creative and non-creative work – whatever works for you.

A great way to keep distractions at bay is to write them down. We all have all kinds of thoughts popping into our heads while we’re trying to focus and be super productive. If we keep focusing on these thoughts, or even if they just keep nagging away at us semi-consciously, we won’t be able to reach the kind of flow we’re going for.

Have a list on hand to write these thoughts and ideas down, and come back to them once you have completed the task at hand. That way, they won’t get lost or forgotten about, but you also won’t be dealing with them right away.

This might sound a bit counterintuitive, but sleeping longer instead of working more is a great way to boost your productivity.

When we don’t get enough sleep, our performance starts to suffer, and the longer we keep it up, the less productive we are going to be. If you try to put in a few extra hours to get something done and sacrifice sleep to that end, you won’t actually be boosting your productivity, but quite the opposite.

Next time you feel you need more time, book in an extra hour of sleep, and see how much faster you blitz through your list.

Learn when to say no

We are all guilty of taking on more than we can chew at times. And while it’s okay to burden yourself with extra tasks every once in a while, if you make it a habit, you simply won’t have the time, the energy, or the creativity to get everything done.

Come up with a system of refusing tasks. It can be based on the current state of your to-do list, on the people the task comes from, on your own set of priorities – but at least consider saying “no” before you blindly accept a new task every time.

Know that not all days can ever be productive

A major downfall of everyone who is trying to become super productive and the master of hustle in a week is expecting every day to be just the same. And while you may set yourself up the same way: same evening routine, same morning routine, same determination – there will be days when you just can’t do as much.

Instead of trying to force yourself to do more on these kinds of days, just accept them for what they are: bad days. Everyone has them. Decide what would be best on a day like that – manage expectations and do less (and don’t for a second berate yourself for this), or simply take a break, recharge, and reboot.

Our inherent productivity may come and go, but with persistence and strategy, we can make it more habitual. With a little bit of help from these tips and tricks, you’ll be able to boost your productivity levels and get more done with ease.