Birthday Boy, the debut album from emerging artist Aaron Taos, is set for reissue on November 20. The reissue—now titled Birthday Boy (Party Favors)—features a handful of new tracks as well as numerous remixes, which include previously released reworks of “Control” featuring Lonely God and Heron John and “Loneliness” featuring spill tab. Taos’ debut was originally released in early 2019 to critical praise—Wonderland proclaimed, “DIY production, catchy indie melodies filled with irresistible grooves, and Taos’ effortless expressive lyricism—it’s not surprising that the artist has been making waves since his arrival on the scene,” while Consequence of Sound declared, “Taos’ bright, propulsive guitar work sets the stage for clever lyrics that explore the anxious restlessness that accompanies routine, while an entrancing swell of synths evoke the weird spontaneity for which he’s longing.” Ones To Watch furthered, “[Taos] delivers this impeccable piece of indie pop in true Cancer style, through intuitive, emotive lyrics and soulful melodies.” 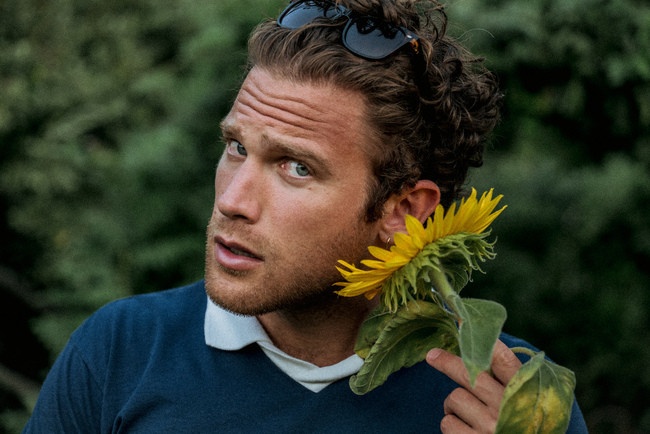 In conjunction with today’s announcement, Taos is premiering a remix of his track “Bloom,” which features eli. and Hojean. Of the song, Taos notes, “‘Bloom’ is a track about forbidden love. In my case, my affection is for my friend’s sister but because of the context, we can’t act on it. The song serves as a confession about this underlying tension and me making the case to her that we should give in to our feelings. It’s the fantasy of letting our love blossom—a natural progression like the spring flowers in bloom. After describing my predicament, eli. and Hojean hopped on for the second and third verses to weigh in on their own experiences with this situation. The result is three guys singing their hearts out about forbidden fruit.”