“Our lives are always centered around a feeling of uncertainty and swinging from stages of extreme euphoria and love to nihilism and discomfort. We cannot discern between private life and artistic success plus we integrate drama and strong feelings as much as possible in our everyday life. We are definitely true to ourselves and through our art.” 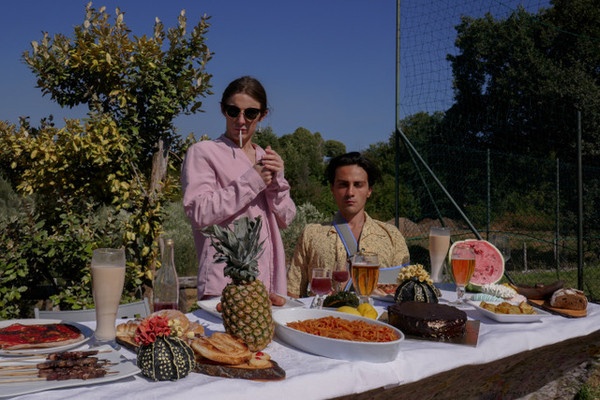 Morioh Sonder’s sound is a delicate blend of old and new. Bringing together surf pop and psych rock, with influences from post punk, disco and Brit-pop, creating a style somewhere between Tame Impala, MGMT, The Beatles and Oasis. The original duo of Alexy and Flavy came together in Rome in 2017 and after meeting drummer Elijah, the band moved to Los Angeles where they began to refine their sound in front of a live audience, before eventually moving to the cultural melting-pot of Berlin in early 2018. The band released their debut single ‘I Want To Die On My Birthday’ in the autumn of 2019, followed by their debut EP ‘Is This Psychedelia?’ in March 2020.They have played alongside the likes of FINK at FluxFm Bergfest, and have received support from Amazing Radio, FUBAR (UK), Delta Radio (Ger) RTR FM and SYN (Aus ), KB Radio (Canada), Son of Marketing, Berlin In Stereo, NBHAP, The AU Review and Record of the Day to name a few.