Today Mexican/German duo Camila Fuchs have shared a new single and accompanying video from their forthcoming album ‘Kids Talk Sun,’ which will be released on November 13 via Felte Records. 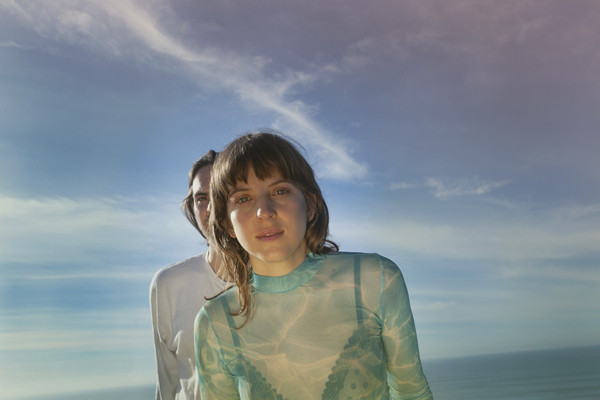 Recorded with Spacemen 3/Sonic Boom’s Peter Kember in the misty, castle-peaked hills of Sintra, just outside Lisbon in Portugal, the duo’s third album sees their experimental electronic pop imbued with a youthful sense of light and wonder. Amidst nine tracks of off-kilter, vibrant atmospherics, they give an abstract meditation on childhood, the exchanges between humans, nature, and within nature itself.

Following the radiant first single “Sun”, today the band share an intoxicating dose of electronic psychedelia, “Moon’s Mountain”. They describe the track as “the song that holds memories from creating Kids Talk Sun. It’s the song that references moments and places during this time: experiencing psychedelics, encountering days with odd colored skies, the moon drawing the mountain we see from afar, the non-need of being careful, Pete coming by and dropping off plants at our doorstep morning after morning, sitting and waiting for the music making to start, the love that spread from day to day.”