Tally Spear has released a live performance video series to accompany her highly acclaimed new EP Tally. Originally recorded live for fans direct to her Instagram, Tally has now made the series available on YouTube, which can be seen here. 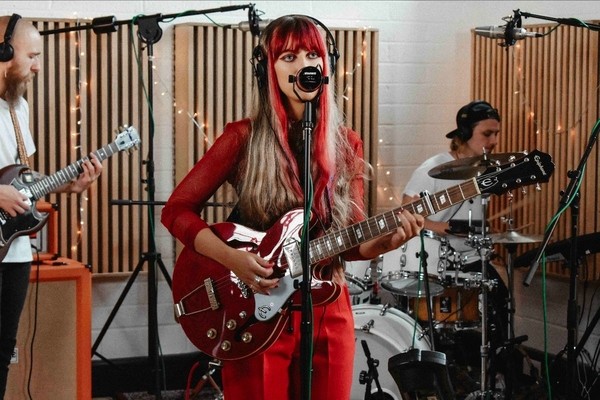 Regarding the series Tally says, “As I couldn’t get out there and play a live show to celebrate my EP release, I thought this was the next best thing. Getting my band together for a live IGTV series, in Goldsmiths studios, London. It was great to play the songs together and bring them to life live.”

The live series highlights the sharp rock bite and killer pop hooks of the Tally EP, which was released last month to heaps of critical praise. The Tally EP displays the varying sides of the London singer’s unique brand of alt-pop, which combines a dark gothic touch with a glamorous carefree shimmer that’s also steeped with attitude throughout. It also closes with a cover of Cream’s ‘I Feel Free’, created with King Charles, which injects an indie pop edge among the psychedelic reverie.