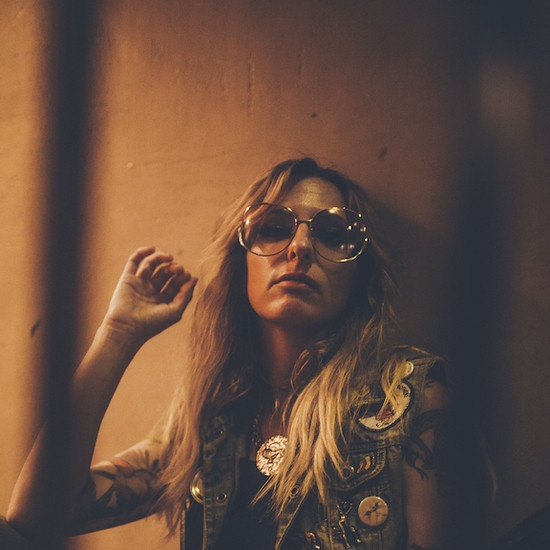 Kendra Morris recalls singers who straddled soul and rock during the early ’70s, such as Ruth Copeland and Chaka Khan. After touring with Dennis Coffey and releasing singles that she did with collaborator Jeremy Page including “Concrete Waves,” with b-side remixed by DJ Premier, Morris released the album Banshee (2012) on Wax Poetics Records. In 2013, Morris returned with the covers album Mockingbird.   Both Banshee and Mockingbird garnered a following as well as several film/tv placements. The title track “Banshee” was used in the Showtime series, Ray Donovan, and ended up as one of popular music seek app Shazaam’s most searched songs, while her cover of Pink Floyd’s “Shine On You Crazy Diamond” was in the trailer for major motion picture Dead Man Down.   Morris also worked on a project band with friends Scarlett Johansson, Julia Haltigan and Holly Miranda. With Este Haim joining on drums, they released one single, “Candy” and a cover of “Bizarre Love Triangle” for AMFARs The Time Is Now record.   Returning with her EP titled Babble in 2016 to positive reviews and more placements with Black & Mild, the OWN Networks TV show Queen Sugar, Morris continued working on tracks with Page. Having been collaging and stop motion animation for many years for her own album art and videos she wound up in the director’s chair and animated “Bomb Thrown,” cited as one of the best music videos of 2018, for the hip hop supergroup Czarface and MF DOOM record Czarface Meets Metal Face.

With her new single “This Life” via Colemine Records’ Karma Chief imprint, Kendra is once again stepping into the contemporary R&B scene and bringing her vintage vibes while still facing forward!