Acclaimed singer-songwriter Emma Swift has announced the release of a new animated lyric video for the song, “Queen Jane Approximately.” The song is taken from her new album, BLONDE ON THE TRACKS – a collection of the Nashville-based artist’s interpretations of Bob Dylan songs, arriving via Tiny Ghost Records on Friday, August 14. 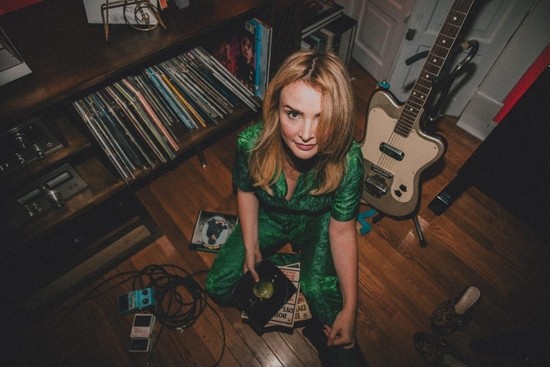 BLONDE ON THE TRACKS is available for pre-order now, including classic black 12” vinyl and limited edition CDs and orange 12” vinyl. All pre-orders are joined by the album’s remarkable first single, “I Contain Multitudes,” recorded at home during lockdown, as well as “Queen Jane Approximately.” Both animated lyric videos are available now.

Emma Swift has been hailed for the strength and beauty of her songcraft and a resilient yet vulnerable voice that is both heartbreaking and heartbroken all at once. BLONDE ON THE TRACKS was first begun at Nashville’s famed Magnetic Sound Studio in 2017 but only recently brought to fruition, with Swift working alongside producer Patrick Sansone (Wilco, The Autumn Defense) via email in April and May to finesse the unfinished material and record two further songs to complete the project. Swift’s “reimagining” of Dylan’s songs bring a balancing gentleness – clear and soft where the songwriter might rasp; plaintive and emotive where he may perhaps be more sanguine. Indeed, Swift’s vocal on “I Contain Multitudes” is so immediate and clean that it’s almost as if you feel her breath in your ear. It’s striking in its intimacy, especially as heard during this time of communal isolation.