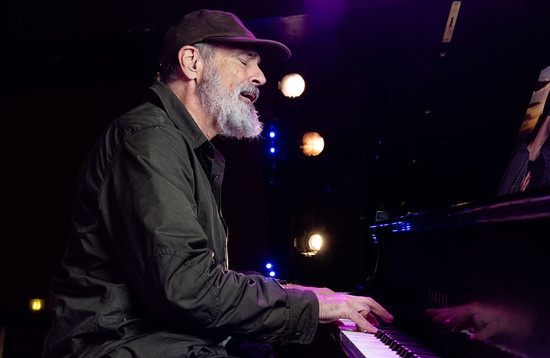 For nearly six decades, Bruce Sudano has maintained his faith in the expressive power of pop-rock. The veteran songwriter and guitarist sees pop music as more than just a place for big sounds and big beats: to Sudano, it’s a vehicle for big ideas, too. That was true in the late sixties when he topped the charts with the spirited Alive N Kickin’, and it was just as true in the seventies and eighties, when Sudano composed country-pop for Dolly Parton, electro-funk and disco for Donna Summer, and sheer FM-radio gold for Michael Jackson. In his solo career, Sudano addresses subjects that most popular artists won’t: the difficulties of daily life, common human experiences, and even the rude fact of mortality. He sings it all in a bright, flexible voice that foregrounds his compassion and incisive intelligence.

Spirals, Vol. 1… Not A Straight Line To Be Found, his illustratively-titled new set, is an Americana album, but there’s nothing staid about it. It’s Americana animated by the spirit of pop: a version of folk-rock that’s immediate, and communicative, and sometimes downright danceable. Sudano favors acoustic guitar, but the sense of rhythm and soul that made him a natural collaborator for Donna Summer, the Jacksons, and Michael Omartian is apparent in every measure he plays. And as always, his lyrics are trenchant, pointed, and emotionally evocative, and cover much more territory than you’d ever expect from a three and a half minute song. “Back In The Neighborhood” is a sharp-eyed reflection on Sudano’s upbringing in mid-20th Century Brooklyn. Although the singer allows himself some nostalgia for what we’ve lost, he’s resigned to the inevitability of the passage of time, and steeled himself against changes yet to come.

A track this heady – and emotionally provocative – demands a video to match. Sudano has delivered with a clip that pairs his magnetizing solo live performance with gorgeous footage of Brooklyn in the 1950s and 1960s. The vintage signs, old storefronts, grungy sidewalks, old cars, and magnificent, slightly-faded images of the bridge will play as a revelation to those who know what these streets look like today. Sudano’s world is submerged, but it isn’t entirely lost. Echoes of the “Neighborhood” he knew are audible in modern Brooklyn. If we listen close enough, we’re sure to catch them, understand better where we’ve been, and maybe where we’re going.