Following on from the success of his breakthrough debut EP Eastcote at the end of 2019, which garnered support from BBC Radio 1, BBC 6 Music and Radio X as well as the Spotify New Music Friday playlists in Germany, Norway, Sweden, Iceland, Denmark and Finland, British singer and songwriter Sam Johnson has now unveiled the wistful new video for his latest single The Kids Are Alright (as featured on Spotify NMF UK and Germany amongst others). 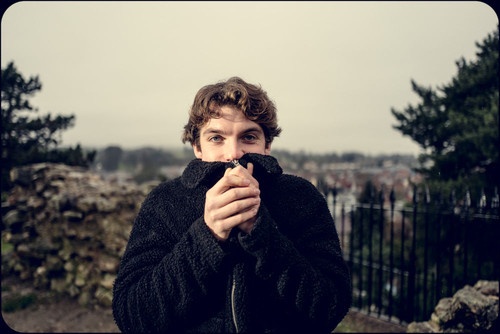 Lifted from his soon-to-be-announced new EP Are We There Yet?, the video for The Kids Are Alright is another fine example of creative ideas triumphing over the social restrictions of the coronavirus lockdown. Directed and edited by the artist himself, and recruiting his girlfriend as the camerawoman, he was able to create a stunningly beautiful yet simple video for his latest release, capturing a serene setting sun over Liverpools Hilbre Island.

Speaking about his new video, he said, “This video almost didnt happen. With lockdown laws in place and social distancing restrictions enforced, the sun was setting on any hope I had to get a music video for The Kids Are Alright finished in time for its release. Luckily however, the sun was also setting over the otherworldly and beautifully picturesque landscape of Hilbre Island near Liverpool, just a few minutes from where Id been stuck since lockdown. With the tide rapidly coming in, and light being lost, my girlfriend and I rushed out quickly to film a very simple shot of me performing to camera with the Merseyside sun setting on my back. With no budget, and filmed simply on my iPhone we got everything we needed in one take and captured some much needed magic on the uncharacteristically empty beach. Directed and edited by me, I hope this brings those that watch it some calm and serenity in a time where we need it most.”