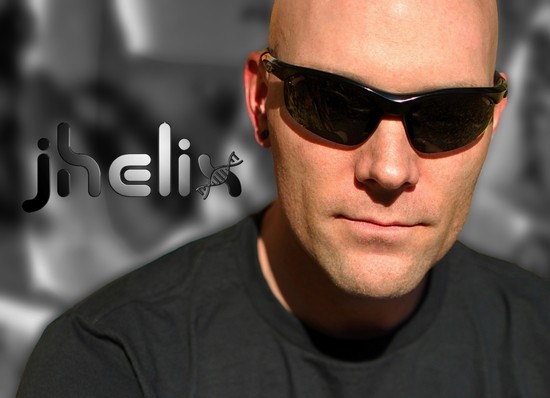 Dreamland is the realm of unlimited creativity. While we’re dreaming, our thoughts are untethered, freed from dull reality and the laws of probability. Artists of all sorts take refuge in dreams and drop seeds in the fertile soil of the psyche. It’s no wonder that musical reveries – dream-pop, hallucinatory psychedelia, and shimmering, elusive electronica – have become favored styles for independent-thinking musicians with restless minds. JHelix is an artist like that, and “Baby Yellow (In A Dream),” his latest single, is a conjuration from a fevered musical imagination. The songwriter and producer establishes himself as a master of each dream-style: the propulsive machine beats ground the song in electronic music, but the melody is pure, hooky, classic psychedelic pop-rock. He’s paired his vision with a video that re-creates the dream experience and pulls the viewer into a wild, unfettered interior state.

That’s a powerful magic trick indeed, but it’s one that JHelix has pulled off many times before. His discography is notable for its many hybrid tracks: songs that balance the mind-expanding experimentation of cool electronica with the crowd-pleasing warmth of soul. His skills have earned him the admiration of musicians across genres, and he’s applied his particular sound to recordings by a wide variety of prominent collaborators. He’s remixed tracks by rap pioneers the Sugar Hill Gang and the Furious 5, set the dance floor on fire alongside Beatport favorite Lessnoise, and, in 2019, remixed a track by the heavenly-voiced Russian singer Vitas and Southern hip-hop true believers Nappy Roots. On his own, he’s taken electronic music places it rarely goes, matching the machine throb of deep house and techno to guitars, vintage-sounding synths, and melodies and attitude derived from pop and rock. “Baby Yellow (In A Dream)” would fit in on an electronic playlist; it would have sounded just as good and appropriate coming from an old transistor radio in the mid-’80s.

The “Baby Yellow” clip displays the same independence that his productions do. With the help of a green screen and some arresting images, JHelix plunges the viewer into a dreamscape of his own invention. Spectral forests, wide oceans, a claustrophobic prison cell: JHelix takes us all of these places. He’s joined by doppelgangers – masked men with strangely painted smiles, dancing skeletons, spirits of the trees, and the personification of sleep. He plays all of these characters himself. They’re all dream visions authored by the artist, jockeying for prominence in his restless head.