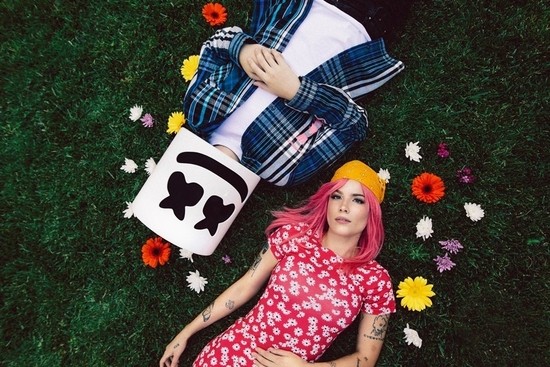 Today, Marshmello and Halsey shared the official video for their hit single, “Be Kind.” Directed by Hannah Lux Davis, who also helmed Halsey’s “Nightmare” and “Alone” clips, the contemporary dance video takes viewers to three distinct worlds. View the video, which received a YouTube premiere earlier today. Filming a dance video during quarantine presented challenges, but Halsey learned the choreography on Facetime and did her own makeup, as always.

“Be Kind” is a worldwide hit across the boards – on playlists (with both artists appearing most recently on the cover of Apple Music’s “Today’s Hits”), at radio, on Shazam and elsewhere. Since its release last month, the song has amassed more than 175 million combined global streams.