Grammy-nominated, multi-platinum artist and global entertainer, Swae Lee, returns with the release of his hot new highly-anticipated single and video for “Reality Check.” The official video for the vibey and melodic track first leaked yesterday evening with an exclusive teaser which premiered on the content subscription service, OnlyFans, and kicked off the surprise launch of Swae Lee’s official OnlyFans account. “Reality Check” is the first single from Swae Lee’s forthcoming album, HUMAN NATURE to be released later this year. 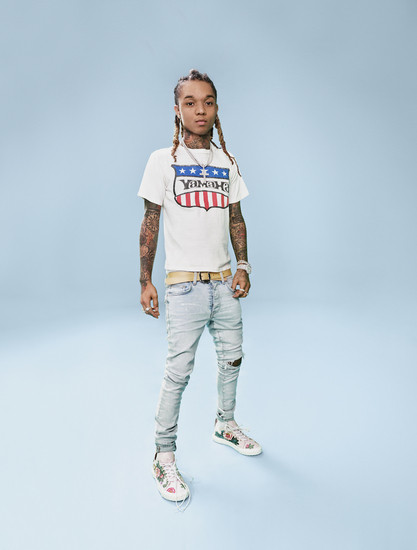 This buzzing new single, produced by Jaxx follows the release of the lighthearted and cinematic visual for “Someone Said”. A video with a comedic take on Swae Lee, casting him as a celebrity court judge and placing him in the center of satirical commercial themes like, “As Seen On TV” ads for a “Swae Spa” and a “Swae-Sync, Greatest Hits Collection.”

Born in Inglewood, California as Khalif Malik Ibn Shaman Brown, Swae Lee cites Texas as a focal point in his beginnings in music at the age of 11 or so, where he began to seriously pursue his musical interests. Outside of school and familial extracurriculars, Swae would experiment with production, recording software, and learn how to mix audio. Swae, has made a name for himself outside of his duo work, showcasing himself as a force to be reckoned with both within and beyond the hip hop world, with tracks such as French Montana’s “Unforgettable” which peaked at #3 on the Billboard Hot 100 and his impressive list of writing credits including the hook to Beyoncé’s “Formation” which peaked at #10 on Billboard Hot 100.