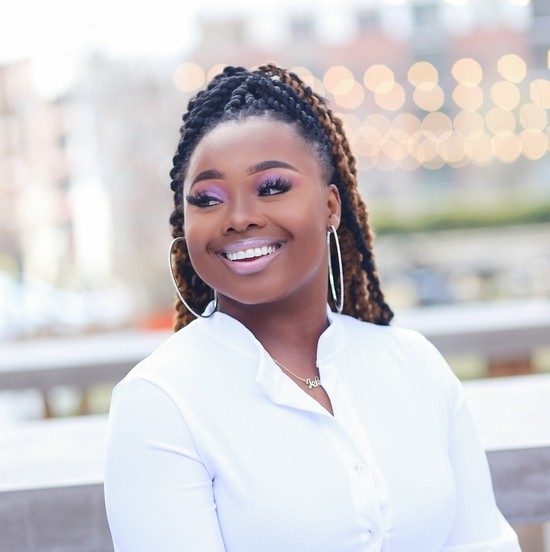 A great gospel song is seismic. It gets you out of your seat, puts your hands in the air, and lifts your spirit. Great gospel is not passive music: it demands engagement from listeners and elicits a physical response. It speaks directly to the soul. Jekalyn Carr makes music like that: thunderous music, heavenly music, music that reaches out to comfort, or to inspire, or to transform. She doesn’t merely want to entertain, although she’s never less than a thrill to hear. She wants to make sure you know that God has the power to change your story – and no matter what the words are, the miracle is right there waiting for you.

Within gospel, few are more respected than Carr is. She won a Stellar Award as a teenager and topped Billboard’s Gospel Albums chart with recent releases One Nation Under God and The Life Project. She’s brought home the Dove Award, and she’s been nominated for three Gospel Grammys. EBONYcounts her among the “Power 100” most influential people in the world. Her ministry through music has made a difference in the lives of hundreds of thousands of listeners. Now, the rest of the world is learning what fans of devotional music know – Jekalyn Carr is an irresistible force, and an artist whose ideas and passion transcend genre. “Changing Your Story” yokes the drive and thunder of rock to a melody adjacent to contemporary R&B and a message straight from the pulpit. The track reminds us, if we needed any more evidence, that gospel is the bedrock of American popular music, and that Carr is one of its fiercest and most committed practitioners.

The clip for “Changing Your Story” makes all of that manifest. It consists of concert footage – and what a concert it is! People in the crowd are alternately spellbound and exultant, enraptured by the performances, hearts filled with optimism and renewed faith. The musicians go as hard as any rock group does and keep the groove as supple as any R&B band ever could. And right in the middle of it all is Jekalyn Carr herself, holding center stage with the absolute authority of a woman who believes, utterly, in her mission. As the music ebbs, swells, and crescendos around her, she strikes an ideal balance between abandon and control, and directs the attention of her audience upward toward the heavens.