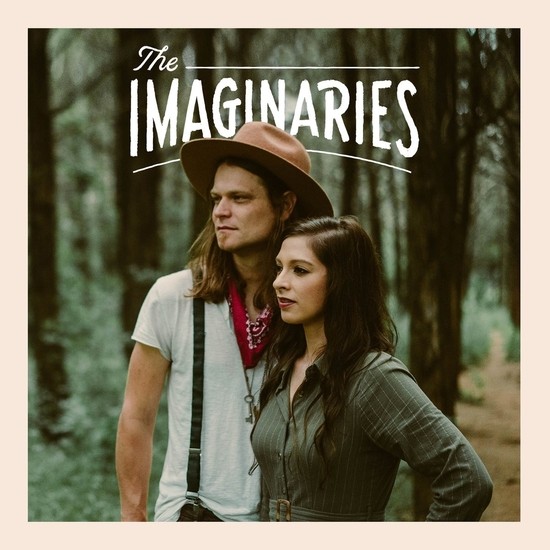 As many classic rockers have pointed out, outlaws and professional musicians have lots in common. Outlaws and musicians are daring and independent, and they’re often forced by circumstances to think on their feet and improvise. They won’t be told what to do – and perhaps because of that, they spend more time than they’d like on the run. And just as every good-hearted outlaw has a secret longing to go straight, every working musician harbors a desire to step away from the carousel of the road and settle into domestic bliss. In the thoroughly entertaining clip for “Revival,” the duo’s latest single, singers and songwriters Maggie McClure and Shane Henry of The Imaginaries play a pair of Old West bank robbers who’ve tired of the lifestyle. Nobody believes they’ve got what it takes to make a legitimate living – especially their cigar-chomping boss. But through determination and talent, they slip away from their lives of crime and step into a harmonious future.

Although the “Revival” video is a fantasy, there’s more than a little truth. McClure and Henry – a real-life couple – have always stuck to their guns, and relied on their independence, ingenuity, ability, and faith in one another. They’ve made a career in the music business on their own terms, placing songs on shows on NBC, CBS, E!, the Hallmark Channel, and many other networks. Together and separately, they’ve shared stages with Etta James, B.B. King, Buddy Guy, Sara Bareilles, Walk Off The Earth, and Johnny Winter. The music they make together as the Imaginaries is at once familiar and deeply personal. Their crisp and radiant melodies, fiery instrumental performances, and gorgeous tight harmonies root the duo in the American folk-rock and country tradition, but their distinctive storytelling and their unmistakable chemistry are theirs alone.

Because one brief encounter with the Imaginaries will almost certainly leave you wanting more, we’re also sending you the video for earlier single “Thinking ‘Bout You.” Here, McClure and Henry aren’t bandits or even adventurers: they’re just a pair of enthusiastic music-makers, visibly in love with each other, with the rustic country where they live, and the joyous sound they make. Just as in the “Revival” clip, the bond between these two creators is the central feature of the video. She takes the high part, and he takes the low, and together, they create something singular and unbreakable.