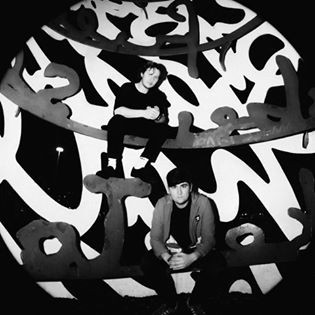 For many of us, 2020 has left us with barely a half baked banana bread to show for ourselves, yet for Moon Wax lockdown has been the catalyst for a new musical adventure, ‘Sayonara.’ The virtuosic duo, made up of Middlesborough natives Robb Maynard and Billy Smith, is treating our ears this July to an experimental summer anthem ready to lift our spirits as we’re lifted out of lockdown. Having played together in various groups for years, the duo’s experience and musical understanding culminate in a sound reflective of the fresh wave of soulful pop monopolising our airwaves this summer. Self-professedly rooted in soul and jazz, Moon Wax explore a new sound whilst embarking on a journey of collaborations with a whole host of musicians with varying musical backgrounds.

After receiving rave reviews for their previous track ‘Girl In Green’ — an R&B influenced gold mine of production expertise — Moon Wax’s upcoming single continues to showcase the masterful range of artistry the pair hold between them. Despite starting as a small idea cooked up in Billy’s lockdown, ‘Sayonara’ has grown into an expertly crafted certified bop. Rife with thumping bass lines, flamboyant guitar motifs and spacey synths that float above a slapping drum line, ‘Sayonara’ scratches a musical itch we didn’t know we had. Liz Robson’s assisting vocals are a refreshing addition to the track, adding depth and enticing moments of harmony. Citing influences such as John Mayer and Cory Wong, Moon Wax joins and expands on a canon of soulful indie artists enriching popular music. Where the duo wants to be known for music that “can be listened to under any circumstance,” Moon Wax are making their name with effortlessly slick and well-rounded production. If their track record will be anything to go by, it’s evident Moon Wax will be renowned for the meticulous attention to detail that makes their tracks so captivating. Created underneath the big bay windows that frame Moon Wax’s studio space, ‘Sayonara’ is reminiscent of a summer full of splitting a six-pack with your mates on a sunny evening. With its release date the 4th of July, perhaps we’ll still have the chance; Most certainly with Moon Wax providing the soundtrack.