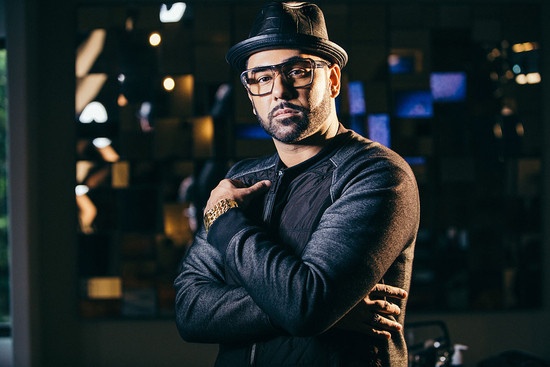 If you’re a fan of music videos at all, surely you remember Beyoncé’s impossibly sexy clip for “Freakum Dress” – and there’s also a pretty good chance you know all of the moves by heart. It’s no exaggeration to call that video a landmark, and maybe even a statement. In it, Beyoncé dances with a trio of highly androgynous and strikingly made-up men, and a chorus line of women with noticeably different body shapes and skin colors. The clip was a precursor of the star’s feminist turn on her later solo records, a celebration of femininity in every form it takes, and a bold statement of independence from a singer finding her footing. The choreographer for that clip was the versatile Jonte’ Moaning, a singer and dancer, provocateur and prankster, and tireless champion of beauty, style, and class.

“Freakum Dress” isn’t the only work that Jonte’ has done for Beyoncé: he also choreographed her meteoric 2007 world tour. Those lucky enough to have caught that show will immediately recognize the distinctive Jonte’ visual signature in the outrageous clip for “KLASSY” – and that would be true even if he weren’t in the video. Luckily for us, he is, and he’s brought along some fresh moves, and a fresh attitude, too.

“KLASSY” is a collaboration between Jonte’ Moaning and accomplished songwriter and producer Jack Rayner, whose long list of credits include work done with Katy Perry, Britney Spears, and Avril Lavigne. Like Jonte’, he’s got a background in choreography and stage presentation, and he knows how to swing a spotlight on a star. Together, Jack and Jonte’ have crafted an absolute banger, a bold self-assertion, and a kiss-off to haters of all kinds.

Rayner makes his presence felt in the “KLASSY” video as the excitable, enthusiastic, music producer while presenting Jonté in this new incarnation. Jack delivers the song’s hook and he makes it clear that he admires Jonte’ as much as the audience does during the song verses that all lead to a high paced dance climax. Director Miles Victor Zantos’s camera captures a transformation in action: Jonte’ begins the clip in the midst of a harried day, but after the application of cosmetics and the recovery of his self-possession, he’s soon radiant, confident, and ready for the dancefloor. When he gets there, he demonstrates why he’s been an in-demand choreographer for nearly twenty years. His moves are poised. His outfits are outrageous! It’s sexy, provocative, and absolutely dripping with class.