The funny thing about shooting arrows at the sun is no matter how hard you pull at the bowstring, you’ll never pierce the sky. Nevertheless, all real artists do it anyway. They’ll pick the brightest target they can find, and they’ll go for it with everything they’ve got. Eventually, musicians come to the conclusion that the journey is itself the destination. But if they didn’t shoot as high as they do, that journey wouldn’t be half as fun – or aesthetically rewarding – as it is. 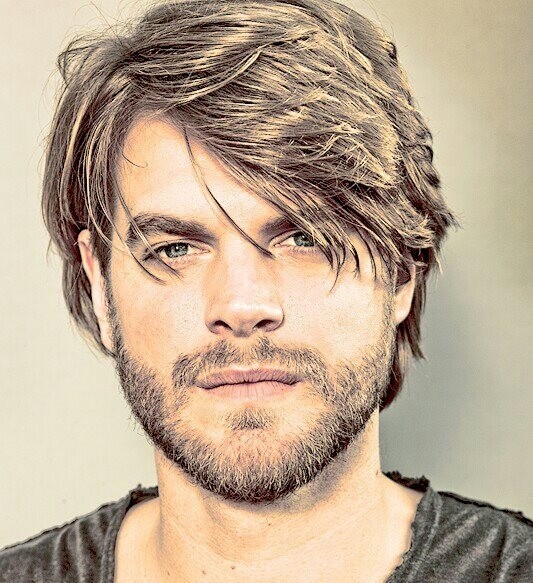 David Drake could tell you all about that. The Detroit-born songwriter has spent a life in music, and he’s never discarded a single thing he’s learned. During his travels, he’s been a front-man and a sideman, a singer and a guitarist, a recording artist and a studio owner, a screen actor and a filmmaker, a concept-master, a scalding live performer. On Imaginary Movies, his upcoming album, he steps to center-stage, and we think you’ll agree that it’s a role he was born to play. The set is both a brave amalgam of his influences and a record of his artistic development. Drake gives us adventurous rock, and glittering pop, and plainspoken folk, pained blues, a pinch of speakeasy jazz, and even a little pure experimental music. He plays all of it to the hilt – if he’s got an arrow to shoot, he’s aiming it at high as he can.

In four minutes, “Shooting Arrows At The Sun” encapsulates David Drake’s project. It’s relaxed, but there’s an undercurrent of quiet intensity; it’s semi-acoustic and melodic, but it’s got a kick; it’s witty, direct, catchy, crisply played. The song rides in on a rock beat, slinks stylishly through a jazzy verse, and crashes headlong into an instantly memorable refrain. No matter how lighthearted he keeps things, Drake remains in complete command throughout.

In a nod to the many roles he’s played during his time making music, three different David Drakes appear in the “Shooting Arrows At The Sun” video. At times, they all occupy the same alley together: two are barefoot singers strumming and singing on the pavement, and one is a hard-boozing guardian of a handsome yard. One at a time, they all get their chance to tell their stories, and they do so with the vigor and good humor that characterizes all of Drake’s projects. Though the singer has no bow and arrow, he pantomimes his shots at the sky – and it’s a thrill to watch him take his shot at the top.