Introducing New Jersey dancehall, hip-hop and R&B artist, musician and producer Travthagod with the brand new music video for his latest single ‘Her Smoke’. Shot in the Netherlands, and directed by filmmaker and fellow New Jersey native Teddy Pal, who has previously worked with Rich The Kid, Coi Leray, and DJ Jayhood, among others, the visuals for ‘Her Smoke’ sees Travthagod flying into Rotterdam for a first-time rendezvous with his Afropean love interest. 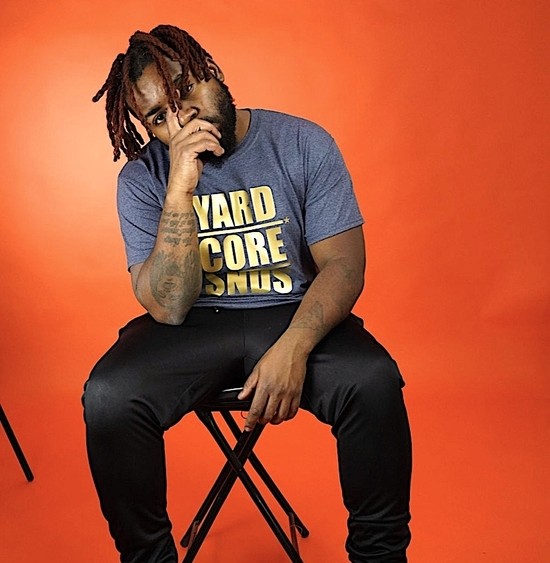 Taken from his forthcoming debut project Born YardCore, named after his ‘YardCore Sounds’ movement, and to be released later this year, ‘Her Smoke’ is an infectious genre-blending offering from Travthagod, underpinned by dancehall stylings, hip-hop beats, and lush R&B melodies. Born in New Jersey to Jamaican and British parents, his music is informed by his melting pot of diverse cultures, heritage and worldviews, as is evident on the excellent sounding ‘Her Smoke’.

Speaking about how ‘Her Smoke’ came about, Travthagod says, “I put the track together with producer B.I, who put the main melody for the track on loop during our studio session, and I was just coming up with different melodies to it. The R&B elements of the melody kept reminding me of a popular cover of Babyface’s ‘Never Keeping Secrets’ by legendary reggae singer Sanchez, and you can hear me repeating the line in the chorus. You can also hear a tiny Erykah Badu riff in there if you listen closely”.

As for the inspiration behind the track, Travthagod adds that, “I wanted to bring a different element of my sound to the forefront with ‘Her Smoke’, and you can hear how the track cuts across the genre spectrum and mixes reggae, hip-hop and R&B into one sound. That’s how I build my music and essentially what YardCore Sounds is all about. We are constantly thinking outside the box, and that’s why we can’t fit perfectly into one specific genre”.