The story of soul can’t be told without Linda “Peaches” Tavani. As one half of Peaches & Herb, she recorded some of the best-loved singles of the ’70s and ’80s – the sultry chart-topper “Reunited,” the passionate ballad “I Pledge My Love,” the instant party-starter “Shake Your Groove Thing,” to name a few. These tracks sound just as fresh today as they did when they were recorded, and that’s a testament to Tavani’s magnetic performances, which were deeply communicative, heartfelt, and effortlessly sexy. 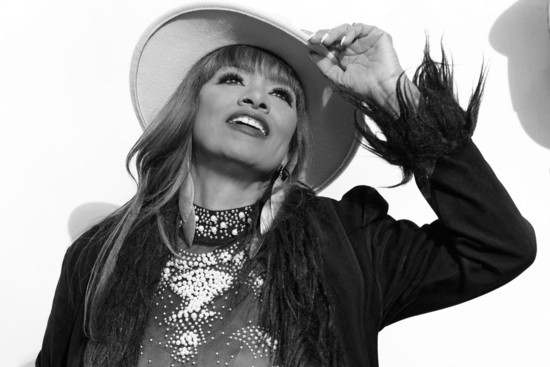 Peaches & Herb sold more than nine million records, scored three #1 hits, and earned a Grammy nomination, but their huge professional achievements only tell part of their story. Any time you hear a slow-burning soul anthem on the radio, watch a music video by a pop star who splits the difference between hot funk and cool R&B, or dance to one of the many modern hits indebted to the classic sounds of the disco era, that’s Linda “Peaches” Tavani’s influence you’re hearing.

Peaches and Herb dissolved their successful musical partnership in the mid-’80s. But Tavani kept on making music, crossing over from secular pop to the other side of the church aisle to record some of the most inspired gospel of the period. Just as importantly, she co-founded the WOW (Winning Our World) Foundation, a charitable organization that has provided food for millions of poor and desperate people all over the globe.

“Give Me Love,” her latest single, is a summary of everywhere Tavani has been, and a good indication of where she’s going next. It’s a song with musical roots deep in gospel, harmonies as rich as any in modern pop, and some real rock muscle to back it up. But at its essence, it’s a statement of passionate love – and it’s a showcase for Tavani’s remarkably expressive voice. The soul singer squeezes every ounce of emotion from a characteristically candid lyric, and teases out the playfulness hidden between the earnest lines of the song. A song this frank requires a video that shares its directness, and the “Give Me Love” clip is a study in crisp black and white, and a demonstration of how much heat Tavani can bring when she steps to the microphone. From shot to shot, she changes her outfit and her manner of address, but her legendary intensity never flags.