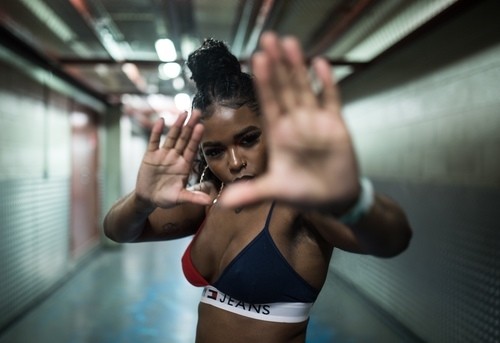 The inimitable Nadia Rose has today released her first single for 2020; ‘Sugar Zaddy’, the opening track from a AA-side release, out now on her own label Qwerky Entertainment. Brilliantly showcasing Nadia’s trademark playful bars and intuitive flow, ‘Sugar Zaddy’ is the first piece of new music from Nadia since she broke free from the constraints of a major label, and marks the start of much more to come. Having premiered via Toddla T’s BBC Radio 1 Soundsystem, ‘Sugar Zaddy’ is out now –

“We must learn to appreciate the designer things in life… or whatever the saying is.” – Nadia Rose

The new release is the perfect follow up to 2019’s BBC 1Xtra favourite ‘Airplane Mode’, which was hailed as a defiant, fresh statement of intent for the British hip-hop artist. Having first appeared on the mainstream music scene in 2016 as a powerfully confident artist with a singular vision, Nadia’s effervescent hit ‘Skwod’ landed her a MOBO (beating competition from M.I.A and Laura Mvula) and a top 5 position on the BBC Sound of 2017 shortlist.