The performance of an artist is not only judged by the quality of his music but his personality as well. Without a little bit of charm, an artist’s career would be as cookie-cutter as ever. Suitably, Jack Ryan doesn’t need to play any special games to win over the audience; he immediately grabs their attention once he takes out his guitar. His laidback and easygoing energy are tied into all parts of his career- whether it be a silly sentence in his bio, an amusing quarantine TikTok, or catchy tunes. The singer-songwriter mainly drafts contemporary pop while meshing his rock roots and new country. 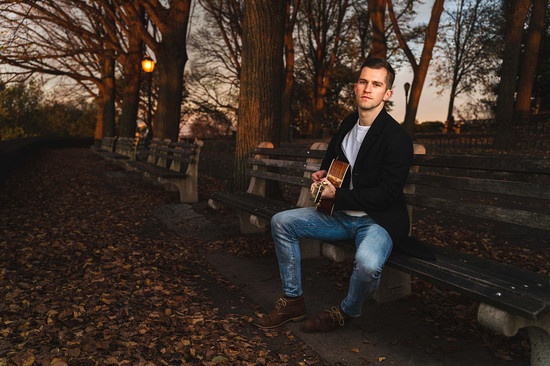 It was 2015 when Ryan’s journey began to launch into maximum. He was recruited by the notorious Carnival Cruise Lines to entertain guests as a solo vocalist. No matter the audience size, Ryan can connect with each member personally by relating through music. In June 2017, he returned to land and held residencies at three major venues in Nashville, Tootsies Orchid Lounge, Redneck Riviera, and Hotel Indigo. The singer’s 2018 hit “Next Exit, Paradise” landed on Norway’s Top 50 Playlist on Spotify as well.

Who says chivalry is dead? Ryan proves quite the opposite in his music video for “Just Want to Talk.” Girls tend to assume guys have ulterior motives when they randomly strike up conversations and immediately become apprehensive and closed off. The bouncy rhythm and the band’s silliness show their authenticity; they know the problems that boys cause and want to listen to what girls have to say.

The background of the clip is fairly simple, but the trio complements it with playful behavior. The guys dance around while jamming out and swing their legs back and forth while lying on their stomachs. The clip is even interrupted with a quick bathroom break! A simple conversation can move two people in so many different directions, so if Jack Ryan ever approaches you and says, “Hey,” you know what to do!