Everybody loves New York City. Oh, sure, people complain about it; some even profess antipathy toward it. But no place in the nation represents our aspirations, our energy, or the grandness of our collective vision like the Five Boroughs do. When New York is swinging, the rest of the country swings with it. When New York is hurting, we all feel the pain. 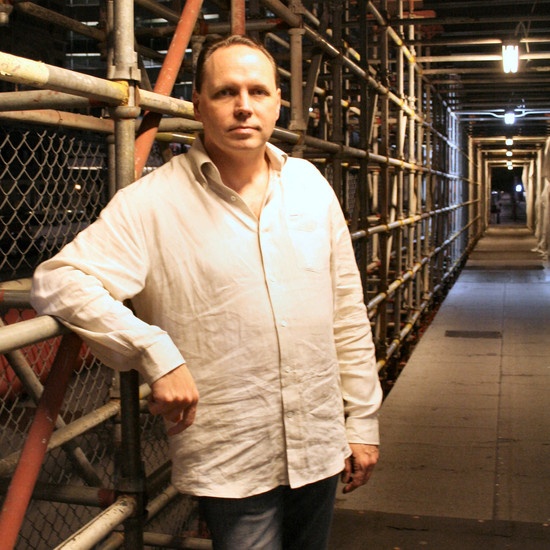 Right now, New York is hurting. Despite the pain, it’s still about as beautiful as a city can be – and every picture of the city tells a powerful story. The accomplished electronic composer Antherius isn’t a New Yorker (he’s based in Texas), but he understands the New York story, and the clip for his haunting version of the theme song to the classic New York film Midnight Cowboy consists of nothing but magnificent shots of the city. It’s a tribute and a celebration, and a timely reminder of the centrality of New York in our national consciousness.

Tom Reynal – the man behind the Antherius project – isn’t the first musician to reinterpret “Midnight Cowboy.” Since the legendary scorer John Barry won a Grammy for “Best Instrumental Theme” for the composition, other artists, from crooner Johnny Mathis to hard rockers Faith No More, have cut their own versions. But we’re pretty sure you’ve never heard a version of “Midnight Cowboy” that’s more sleek, radiant, or mesmerizing as this one. Antherius brings all of his musical inventiveness to bear on his rendition: the synthesizers shimmer, the bass throbs and pulses, and the indelible melody streaks through the mix like a car cruising down a city street. You don’t have to be a fan of the movie to appreciate the Antherius version – but if you are a Midnight Cowboy appreciator, we reckon you’ll agree that he’s managed to capture both the excitement and the grittiness of the classic New York story – one celebrating its fiftieth anniversary this year.

The clip for “Midnight Cowboy” also combines images of New York at its shiniest and most impressive with footage that exposes the city’s seedy underbelly. Some of the shots seem to have come from the wilder New York of the ’70s; others feel brash and modern. There’s aerial footage of the bridges at night, street-level footage of landmarks, shots of dark alleys and imposing office towers, and, everywhere, the searing electric light of a city that’s active and undaunted. And in a nod to the present crisis, there’s also a long, lingering image of a medical staff member, masked against the present threat, but eyes bright and alert to the possibility of better days to come.