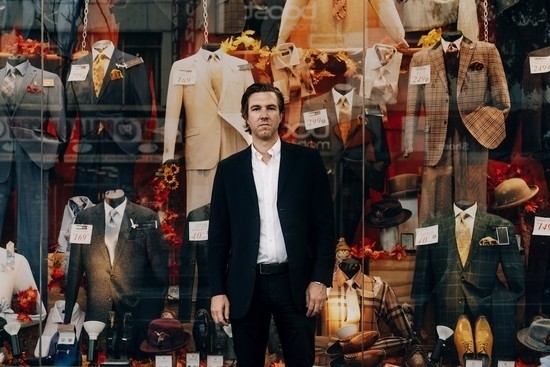 New York singer, songwriter & producer Hamilton Leithauser releases album The Loves of Your Life via Glassnote Records. The album, written and produced by Leithauser in his home studio, The Struggle Hut, over the past three years, is a collection of stories about real people he’s met over his years living in New York City. This is Leithauser’s first new music since 2016’s critically acclaimed album with Rostam, I Had a Dream That You Were Mine.

The album and its singles were teased with videos featuring Ethan Hawke, Maggie Rogers and Sienna Miller.

“I wrote these songs about individual people. I wrote stories and I wrote music; and then I matched them up. Not one story was originally intended for the music it ended up marrying. These are people I know, and strangers I’ve come across in the last few years. All of the stories are based on some kind of truth, but I’m not afraid to get loose with the facts. Most are both fact and fiction, and some tilt pretty far in either direction. I guess people might call this “creative nonfiction” or just “embellished stories. I wrote and recorded these songs in a studio I built for myself in New York. It’s a tight New York kind of space, and I’m jammed in with all sorts of instruments and equipment.” – Hamilton Leithauser