Following their first glimpse of new music this year, The Aces have released this playful yet cinematic music video companion to their hit single, “Daydream”, which is out now everywhere. 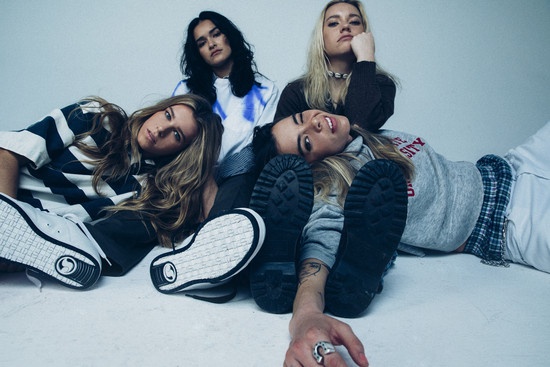 Premiered earlier today on Refinery29 and directed by The Aces’ own Alisa Ramirez, the video imagines the band hitting the open road, driving through the desert and getting into trouble. A euphoric and nostalgic showcase of sisterhood, the music video for “Daydream” echoes the vibrant spirit of the single, which garnered over 1.5 million streams in its first week and Spotify New Music Friday placements in more than 18 countries.

“This video was so fun to make and easily a new favorite. Over the years our band has always been described or referred to as a ‘girl gang’, so we decided to bring that to life in a fun, action packed, classic Hollywood kinda way. When we listen to ‘Daydream’ it makes us think about the best parts of being young, wild, and free. The same feeling we got when pretending to be outlaws for a day in this video.” – Alisa Ramirez (director/drums)