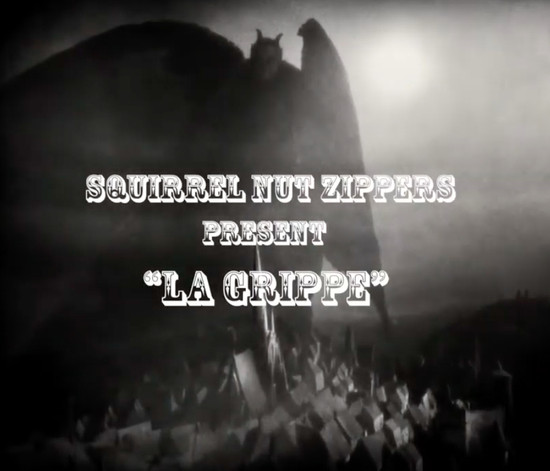 Due to the ongoing global health crisis, the Squirrel Nut Zippers have rescheduled their March/April shows for September and October.

In the meantime… just last week the band filmed a performance at The Magic Bag in Detroit, MI of “La Grippe.” The song originally appeared on the band’s debut album The Inevitable.

Band leader Jimbo Mathus commented, “Inspired over 25 years ago by no less than real life events, historical research, (Spanish flu), (Edgar Allen Poe’s “king pest”), and other sources including “Popular Delusions & the Madness of Crowds”. The Squirrel Nut Zippers are here for you and we shall return triumphant.”