Maplewood, NJ native Trav Torch started out as a rapper when he was only 13, but made the full switch to R&B in his mid-twenties- and now, he’s got the genre in a chokehold. Sure, his songs – full of hypnotizing beats and hooks so catchy, you can’t get them out of your head – make it clear he takes cues from the greats, but tracks this romantic and honest could only come from a personal standpoint: Trav Torch writes and arranges his own material, and often records and mixes it himself too. 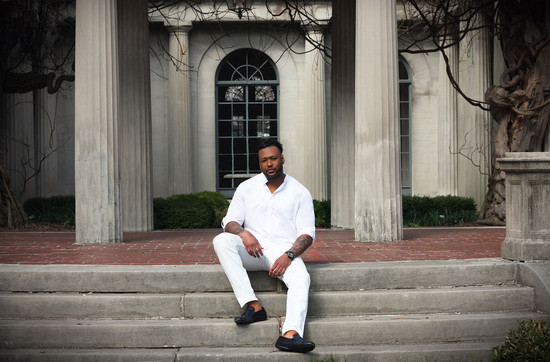 Last January, Trav released his debut album Bachelor Life on Cologne & Cognac Entertainment, the label he created and owns. Singles like “Drake Sh!t” and “Sex Tape” made it clear that he knows how to make things steamy, creating a scene that’s as romantic and emotional as it is sensual and intoxicating. And now, the #RnBSuperhero is gearing up to release Bachelor Life 2, with three singles – “Wake Up,” “Lust,” and “Run It Back” – shared so far.

The first visual from Bachelor Life 2 is for “Lust,” and as always with Trav Torch, we know exactly what’s on his mind. But one thing’s different this time: instead of on film, Trav appears in this clip as an animated version of himself (which is undeniably accurate, down to the tattoos on his forearms). “Lust is a motherf**ker,” he opens the song – and anyone who’s lusted after another knows just how tempting it is to sin. Trav doesn’t hold back from talking about all of the things he wants to do to his special lady… or is it ladies? Animator ScaryboyGFX shows him rolling up in a white Escalade, surrounded by three women eager to take things to the next level. Trav says about the video, “The song ‘Lust’ is emblematic of both my personal growth and artistic growth. One of the lines in the second verse goes, ‘I got three speeds that’s Trav Torch, Trav, and Travis. Trav Torch is the fearless ladies man, Travis is the vulnerable and romantic guy, and Trav is somewhere in between. Bachelor Life is an album that lives in the realm of extremes – songs are from the perspective of either Trav Torch or Travis. Bachelor Life 2 takes a more blended approach, adding Trav who is actually the most accurate representation of my personality.”