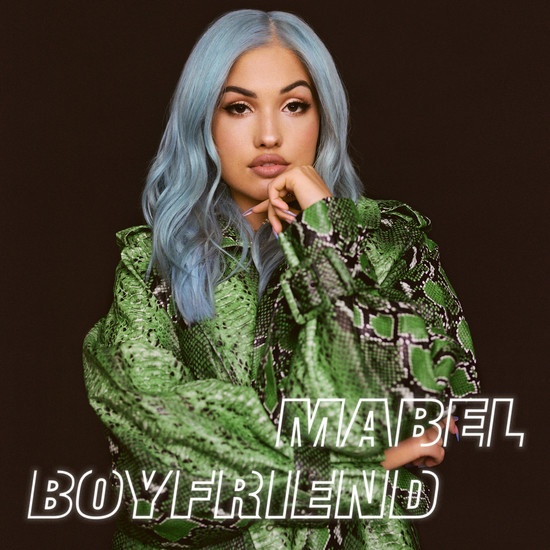 ‘Boyfriend’ is the incredible new single from Mabel, which is available now on Polydor Records. This comes hot on the heels of Mabel winning Best British Female at this year’s BRIT Awards, where she also performed a show-stopping rendition of global smash ‘Don’t Call Me Up’ (and was joined on the red carpet by her mum, Neneh Cherry, thirty years to the date of her own BRIT win). Mabel’s acclaimed ‘High Expectations’ headline tour continues this month (“a blast of charisma from the warrior queen” Guardian), with summer festival appearances also already confirmed at the likes of Lovebox, Parklife, Primavera Sound, Longitude and Reading & Leeds.

‘Boyfriend’ sees Mabel take another stride out on to pop’s world stage. An anthemic and unapologetic blast of 2020 girl-power, the track is a call-to-arms for not needing a man on anything other than your own terms. Co-written by Mabel and fellow-hitmakers Steve Mac and Camille Purcell (the trio worked together previously on ‘Don’t Call Me Up’ and ‘Mad Love’), ‘Boyfriend’ is Mabel’s first official solo single since debut album ‘High Expectations’, her smash collaboration with Tiesto (‘God Is A Dancer’) and this year’s beautiful, alternative Christmas ballad, ‘Loneliest Time Of The Year’.