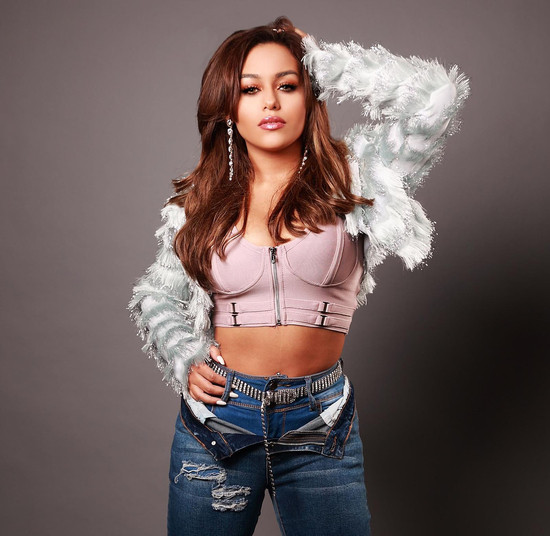 It takes a special kind of 19-year-old to get as far as Gabby B has – and there is no one as fearless, trendsetting, and charming as she is. An avid Barbie collection with hundreds of mint condition dolls and a fan of the Barbie pink shade, there is no question as to why she is coined as the “Brazilian Barbie.” Her sexy-sriracha image is appealing to the eye, and her music is appealing to the ears. Born in Goiana, Brazil, before eventually moving to the US she also lived in France. Gabby B. not only crosses international borders (she speaks three Portuguese, French, and English) but molds her genre-defying talent based on the influences of Whitney Houston, Mariah Carey, and Britney Spears. Destined for greatness spells out Gabby’s energy. With an international edge, she’s ready for takeover. The “B” is for Bueno, and with Gabby B… it’s all GOOD!

What’s better than one diva, but two: Gabby’s newest single “Loot” also features guest vocals by Atlanta rapper Londynn B. Last fall, Londynn B. was a finalist on Netflix’s Rhythm and Flow, and this visionary rapper is only on the rise, with an album, collabs, and touring planned for 2020. Gabby B. and Londynn B. make a natural pair both in the track and onscreen.

Gabby begins in the average life of a minimum wage worker, mistreated by customers and hounded by her manager. Suddenly the roles are reversed, and Gabby struts her fame, fortune, and success in the POV of the wealthiest class in the music video for “Loot.” Who needs modesty when you’ve achieved so much? She makes all the things she sings about (high-end brands and endless cash flow) into tangible proclamations; she is showered with bills, rides in private jets and Ferraris, and is decked out in “icy” jewelry.

At the end of the clip, Gabby is on the other side of the counter. Now, the customer who yelled at her is the apologetic and submissive employee. Instead of berating her for not having her dress ready, Gabby gives a warm smile and shows a kindness that was foreign to her when she was the worker (by giving a generous bag of Benjamins).