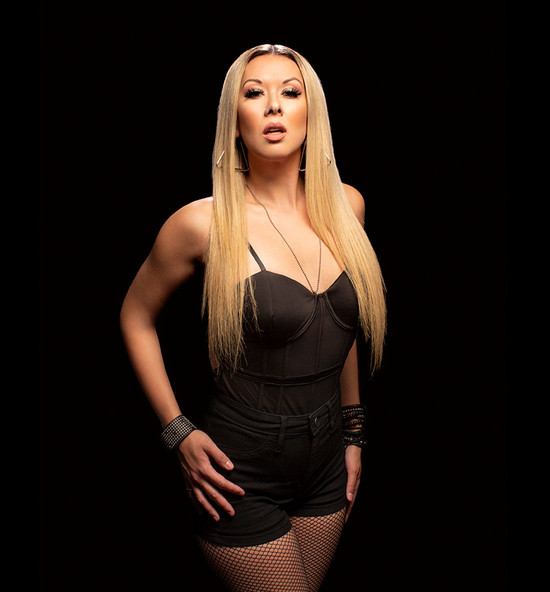 For a young woman attempting to navigate a world that isn’t always friendly, there’s nothing more important than solidarity with her sisters. Rockie Brown understands that. For the Las Vegas pop-rapper, support for other women isn’t something she’s ever had to work at – it’s just there, reflexively and instinctively, in everything she does. “Soul Sister Retribution,” her latest single, is an absolute banger: Rockie Brown raps with utter confidence over a searing beat that’ll have you nodding your head from the first drum hit. But it’s also an empowerment anthem and a call to arms on behalf of all girls who feel ignored or shut out of the system. Rockie Brown wants to make sure that all of her sisters find their voices – and sing out.

For the British-Filipina rapper, the fight is a personal one. Her mother moved to America from Manila and struggled hard to make a life for herself and her daughter. On “Soul Sister Retribution,” Rockie Brown channels that fire, that urgency, and that determination to succeed. It’s working for her: she’s been recognized by the Las Vegas Sun as one of her city’s most promising artists and counted among the “10 Bands to Watch” by Las Vegas Weekly. Mad World, the multi-faceted EP that contains “Soul Sister Retribution” and other equally sizzling tracks, has charted on 100 college radio stations across the country. Her music has been licensed for use in Keeping Up with the Kardashians, Total Divas, Total Bellas, Born This Way, The Real World, Lohan Beach Club, The Healer, Miz & Mrs., Family or Fiancé. One way or another, you’ll be hearing from her soon.

Rockie Brown cuts a powerful figure in the clip for “Soul Sister Retribution”: she is, simultaneously, a fighter, a protector, a compassionate listener, and a bold challenger of oppressive authority. Director Robert John Kley shoots her in grainy, arty, gorgeous black and white, but nothing can dim her outrageous incandescence. When she addresses the camera, she does so with absolute confidence and moral authority; when she leads a chorus of strong women, she serves as an inspiration for a young girl finding her strength. Kley has made room for some truly spectacular light effects, too – swirling bands of color and spiraling dots of illumination that hover behind the rapper as she flows. It’s a clip of tremendous energy and intensity, and it’s the ideal complement for a rousing, righteous track.