True to his name, Snypa has been dropping singles that seem to come from nowhere and snap heads back. With his rep solidified on the impossible-to-please streets of underground Atlanta, he’s sneaking up on the national scene, and “That’s It” is the perfect single and video to usher in his blow-up. He spits bars with a casual confidence that makes them feel off-the-dome, but that wordplay couldn’t possibly come from thin air. Or could it? The way he keeps delivering single after single, album after album leaves no time for pondering. He’s already getting crazy love from BET Jams for “That’s It,” and it’s high time everybody else gets up off the couch and play some catch-up. 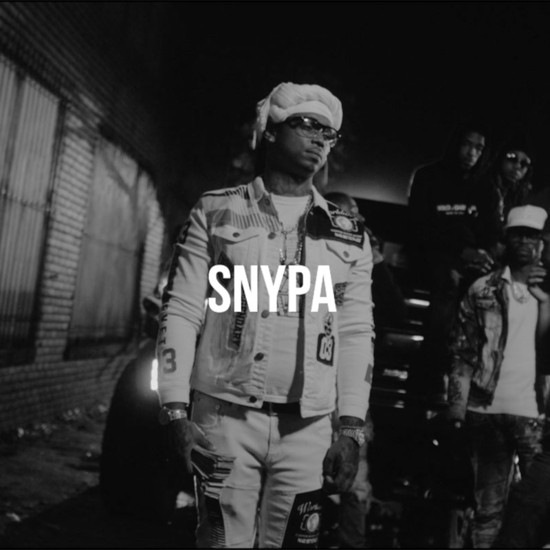 Snypa does the ATL proud yet again with “That’s It.” It’s some more fire that was forged from another killer collab, much like his hit “On Everything,” a partnership with fellow up-and-comer KID808. KID808 mans the board here with Trell Got Wings, another of Atlanta’s homebrewed hustlers, who’s worked with Motown Records’ Rich Homie Quan, among others on his reel. This is the rare track that feels right at home maxed out on the dance floor, or setting the vibe in the VIP room. Here, Snypa’s straight up, stripped down lyrics glide on some snaky, stutter-step trap. KID808 and Trell Got Wings’ deep hypnotic thump clears a wide path as Snypa ping pongs between backing up his hustle and backing down his competition. Consider this the warning shot from his upcoming full-length Kinsman on WraithTalkMusic, and if you miss out on this one, well, for you? … that’s it.

Snypa and his crew post up in a dark, abandoned industrial space, and it could just as easily be an old factory in the Bluff, as a club that nobody’s telling you the password to. Director MI Visuals, aka The Pictureman, keeps the footage raw, gritty, and black and white. If there weren’t a handful of girls grinding inside mesmerizing rings of flickering fluorescents, the shots of Snypa and his boys staring down the camera might make you think you did them wrong, and this is the last thing you’re ever going to see. The Pictureman overlays split-second, old-school film flickers, giving the whole production an entrancing, narcotic feel, to match the music. When Snypa says he’s coming to “straighten out ya face like braces,” believe him, because his steady rise in the industry has only just begun.