Brooklyn singer/songwriter Brian Dunne has released “Nothing Matters Anymore”, a wryly self-aware new song that tackles life in post-truth America and brilliantly illustrates what it means to emancipate yourself from expectation. “Nothing Matters Anymore” is the second track released off his forthcoming album, which was produced by Andrew Sarlo (Big Thief, Bon Iver, Nick Hakim). Along with the song, he has also released an entertaining new video set in a convenience store and featuring an eccentric cast of characters all played by Dunne himself.

“‘Nothing Matters Anymore’ is a mushroom trip through our current reality, which feels far much stranger than fiction,” explains Dunne. “I wrote the song in a frenzy at my kitchen table and it takes on just about every issue I could conceive of. We wanted the video to mirror the absurdity of these times and it is truly the most insane thing I have ever been a part of.” 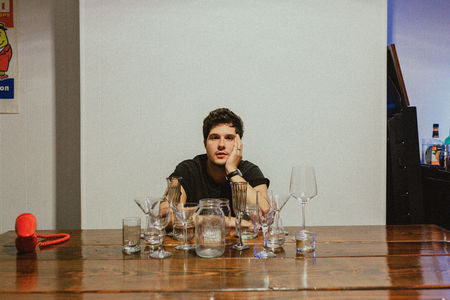