Does F$O Dinero ever sleep? He keeps dropping singles like a man possessed, with an enviable output that never falters in quality. With “Blue Bills,” “Broward,” “Changing Weather,” and now “Panty Droppa,” he’s outrunning and outgunning anybody foolish enough to consider themselves his competition. In fact, the entire Fly $hit Only crew has been putting in crazy work, releasing singles non-stop while featuring on each others’ tracks. These fresh young artists aren’t just putting their label, Slip-N-Slide Records, on the tips of the industry’s tongues. They’re moving Broward County, Miami’s grittier next-door neighbor, that much closer to being back on top as a hip hop mecca. Dinero’s picked up on the over-the-top lyrical madness and insane work ethic of Lil Wayne and the Cash Money Movement and is slowly building his own empire, hook by hook.

Dinero’s not playing. Even when he’s having fun, he never lets anyone forget: you don’t get your fun time till you’ve put in the overtime. So yeah, this party track is all about girls, pills, and 40s, but he’s not just celebrating putting pen to page and rocking the mic. He’s going back in the day when he was doing the dirt, putting cash together to turn his dreams into his reality. In other words, he’s earned this like few others have. This is a thick slice of Florida bounce, with a fully-loaded low end and crispy snares and claps, that Dinero cooly coasts along with his unhurried, razor-sharp flow. In “Panty Droppa,” though, when he’s done talking about his endless supply of shorties and substances, Dinero’s got a message for anyone gunning for his spot. He may have traded dropping fools for dropping panties, but he’ll jump back into that life real quick if you want to test him. 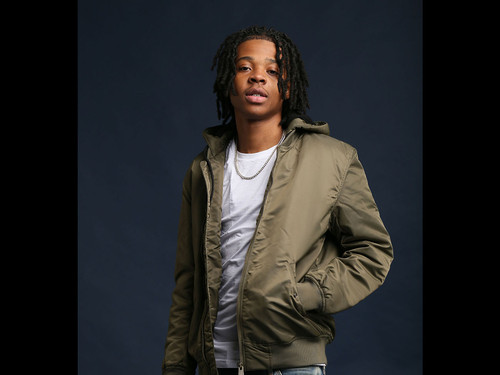 As we reluctantly slide into winter, long sleeves and shorter days, what we need is a video that’s just one long, hot Florida afternoon, with tons of sunlight and endless skin. However you spend your days off, if you think it qualifies as ballin’, it doesn’t even come close to Dinero’s downtime. His beachfront infinity pool is overflowing with a hundred honeys in bikinis, and the booties are out in full effect. The party rages on a boat, in a mansion, and long into the night. Watch F$O Dinero momentarily trade the grind for some grinding in his latest video for “Panty Droppa.”